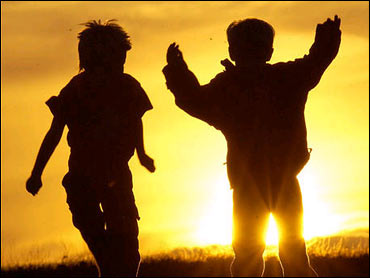 Three- and 4-year-olds are selfish and not likely to share -- hardly news to any parent who has presided over a toddler play date. The good news is children do develop altruism and the desire for things to be fair by the time they are 7 or 8, according to a Swiss study.

The study, led by Ernst Fehr at the University of Zurich and published in Nature, is based on research done with 229 Swiss children. The study delves deeply into when children learn to share, at what age equality becomes important to them, whether they are more willing to share with kids they know than with strangers, and how birth order affects a child's willingness to share.

For the study, children were offered candy and choices in several scenarios.

At age 3 and 4, only 8.7% of children in the sharing treatment chose to give another child they knew one of the pieces of candy. By age 7 and 8, 45% of children chose to share one of the candies. In general, older children chose more consistently egalitarian outcomes in all the scenarios, according to researchers. They were more likely to want everything to be fair.

Digging Holes in Sand Can Be Dangerous

Researchers also sliced and diced their data by birth order. Children who didn't have siblings were more likely to share than children with siblings. The least likely to share? Youngest children.