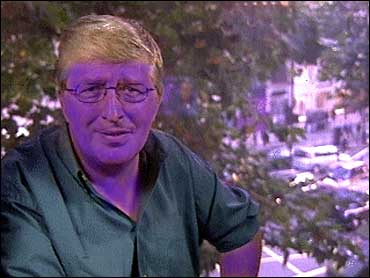 We don't drink our pints outside at the local pub these days… it's too cold.

Fall in the Devon countryside, in England's beautiful South-West, means red noses, cold hands and a dash from the Land Rover into the bar, where there's a fire ready, roaring in the grate. It is made all the more problematic for me by my water supply.

Here in Britain, there's a row about the rising cost of domestic water bills. But not for me. My water supply is free, it's pure and it's fresh. It's piped in from a spring up on the hills behind my farm. It's a fitful and irregular supply, reliant on century old pipework and the ground not being frozen. But it works most of the time and on the rare occasions when it doesn't, there's bottled water in the cellar and for bath water, I can always get a bucketful of the stuff from a cattle trough across the road.

But a couple of weekends ago, after I'd got the boiler lit and the water hot, I made a discovery. As I got out of the bath, I took a quick look in the mirror to check everything was in its place, and I'd turned blue. Not bright blue, you understand, more a sort of pastel colour. But blue I was, from head to foot.

It took two huge bottles of French Evian water to bring me back to my normal pink state. But I had definitely gone blue ... and it was all due to the water from my spring.

I mentioned this to Bill Sykes, the local Blacksmith, over a pint and his eyes furrowed a bit. Other locals joined in and the Landlord produced a map. And someone shouted, "It's the chicken farm up the road." And there it was on the map…. the chicken farm. Which apparently is cleaned out once a year with disinfectant that has a blue chemical dye. Somehow, this had got into my spring, and resulted in my changing colour.

A debate raged around the fire. Should an official complaint be laid with the local council? Should I sue the chicken farmer? Should the Police be called? Tempers rose, mutters of "it's a disgrace" grew into louder chants of "something should be done".

But, in the end, as ever, it was Bill Sykes who resolved the issue. "Leave it" he said. "Don't interfere. The poor guy's got to make a fair few pounds this year, his daughter's getting married".
By Simon Bates