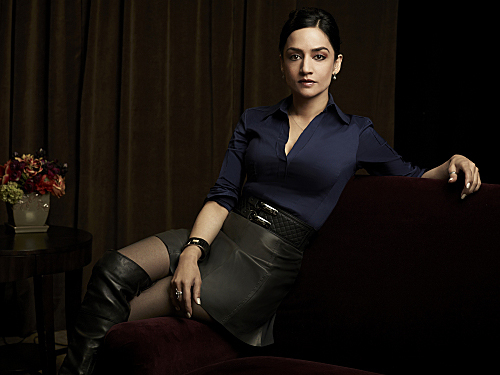 Panjabi was nominated for a 2012 Emmy Award for Outstanding Supporting Actress in a Drama Series, for her portrayal of Kalinda. This is Panjabi's third Emmy nomination; she won her first Emmy 2010, for the same role.

The last season of "The Good Wife" ended with a cliffhanger centered around Panjabi's character, who is left holding a gun, terrified over a knock at the door. Fans were left to linger over the question of who is behind that door. "Everybody is desperate to know," she told "CBS This Morning" co-hosts Gayle King and Norah O'Donnell.

Panjabi said she always answers that question with a joke, telling friends and fans that the man behind the door is "the pizza delivery man."

Panjabi talked about growing up wanting to be an actress and noted that she was often told there weren't roles for someone who looked like her. "There weren't women from my culture background," she said of female Indian characters "If there weren't characters like that, how would you have a career?" she said.

"It kind of made me more determined that if there aren't women of my background, I want to break that barrier," Panjabi said.

For more on "The Good Wife," Panjabi's favorite thing to do in New York, and how she manages her a long distance long-term relationship, watch the video above.

However, if you want to find out who is really behind the door, you'll have to just watch the show. The season four premiere of "The Good Wife" will air Sunday, September 30, at 9:00 p.m. ET/PT.