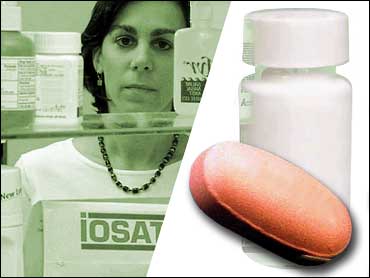 It's important for homes to have a well-stocked medicine cabinet, but not everyone knows what needs to be inside.

You can't predict when you or a family member might need quick relief from a headache, a fever, a minor burn or a scrape. The Saturday Early Show's Dr. Mallika Marshall provided some essential tips that will help you avoid trips to the drug store in the middle of the night.

Marshall notes she is only talking about treating minor ailments. For more serious problems, you should consult your doctor. She also recommends asking a doctor about which over-the-counter medications you should take and which you should avoid.

All medications have an expiration date, and Marshall says to go through your medicine cabinet at least once a year and throw out anything that has expired. As time passes, the medication will lose its effectiveness.

Marshall made the following suggestions for giving your medicine cabinet a "makeover." Be aware that many of the name-brand medications are also avaialble in less expensive generic or drugstore brands:

Minor Aches and Pains: Thermometer, Acetaminophen, Ibuprofen, Aspirin
Marshall says to keep a few different pain relievers in your medicine cabinet. She also recommends that every household own a thermometer. For medications, Marshall says acetaminophen, the active ingredient in Tylenol, is a wonderful pain reliever and fever reducer. But, Marshall says, you should also keep an anti-inflammatory medication around such as aspirin or ibuprofen, which is found in Motrin and Advil. These medications can reduce fevers and treat pain and can also reduce swelling. So, they can be particularly helpful if you twist your ankle or strain your back.

Cold and Allergies: Sudafed, Robitussin, Benadryl, Claritin and Naphcon A eye drops
For stuffy noses, Marshall says you should keep a decongestant around. Pseudoephedrine, which is found in Sudafed, is a popular choice. You should also have a cough syrup, such as guaifenesin, found in Robitussin.

And for allergy symptoms, which are plaguing many people right now, you probably want an anti-histamine, such as diphenhydramine, found in Benadryl. If you want something that is less likely to cause drowsiness, you can pick up some loratidine, which is found in Claritin. And if you tend to have itchy eyes, you should keep allergy eye drops in your medicine cabinet.

Insect Bites and Rashes: Hydrocortisone Cream and Calamine Lotion
In spring and summer, as people spend more time outdoors, they are likely to get plenty of insect bites such as mosquito bites and itchy rashes. For these things, Marshall says you can try some hydrocortisone cream. It comes in 0.5 and 1 percent strengths and it can really relieve redness and itching. You can also try some calamine lotion, which can be very soothing to itchy skin.

Minor Cuts and Burns: Neosporin, Band-Aids, Liquid Band-Aids
Marshall says to wash off a wound, you should have hydrogen peroxide or some sort of astringent cleanser. Then to prevent infection, you may want to use an antibiotic ointment such as Neosporin or a generic drugstore brand. Marshall also says you want to have plenty of bandages, such as Band-Aids. There is also a relatively new product on the market, a liquid bandage, which can be painted on to close a small, minor, uninfected wound.

Indigestion And Heartburn: TUMS, Maalox, Mylanta and Prilosec
Marshall says for that occasional bout of heartburn, you probably want to keep some antacids around such as TUMS or Maalox. If you have frequent bouts of heartburn, talk to your doctor.

Dental Care: Toothbrush, Floss, Toothpaste and Oral Pain Reliever
A bathroom cabinet should obviously have a toothbrush and floss. Toothbrushes wear out, too, so you may need to buy new ones. Marshall recommends keeping a couple of spare new toothbrushes on hand, for your family or for overnight guests. And, you may want to invest in a oral pain reliever, such as Anbesol or Orajel, which can offer relief if you have gum pain or a cold sore.