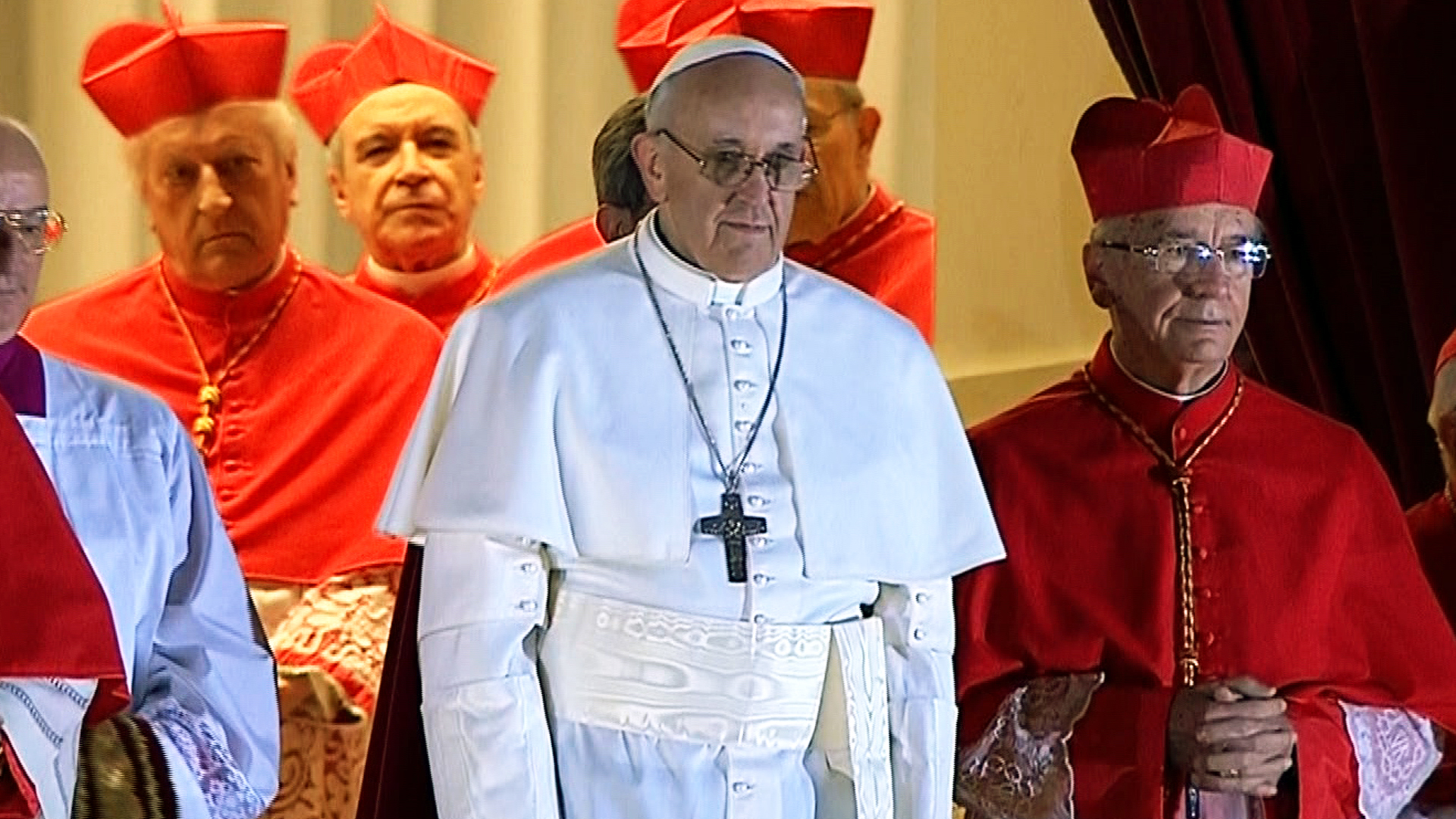 The name Francis - never before chosen as a papal moniker - harkens back to the tradition and culture of his Italian ancestry as well as the country he was born and lived in, Argentina. But his new name has significance, too.

Traditionally, new popes are rechristened with previously used names. Pope Benedict chose the same name as his predecessor from 1914-1922, Benedict XV, who led the church through the turbulent times of WWI. There have been a total of 16 popes named Benedict.

The fact that Pope Francis has chosen a name that has not been used for before may signal that he wants to lead the church into a new chapter, or at least embrace a new tone. In a notable gesture, Francis asked the multitudes assembled in St. Peter's Square to bless him.

In Catholic tradition, St. Francis of Assisi had a mystical vision of Jesus Christ, who told him to rebuild his church. In light of the scandals that have tarnished the Church, from its financial troubles to widespread allegations and cover-up of sex abuse, the name may carry special significance.

Francis is also known for humility and a simple lifestyle. The Italian patron saint renounced his wealth and founded the Franciscan order of friars in 1290.

The name comes as a surprise. According to data on betting odds collected by The Economist, the most likely names for the new pope to take on were Leo (42.1 percent) and Gregory (16.7 percent). Francis didn't even make the list.