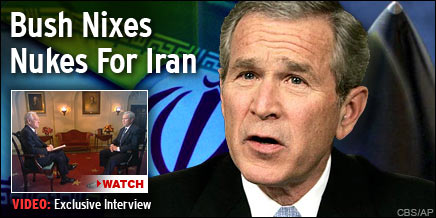 Question: What's red, can crawl across your fingernail, and has exclusive FDA approval?

CBS 'This Morning' investigative correspondent Roberta Baskin has the answer: It's cochineal - source of the much sought-after carmine. Cochineal extract and carmine? Still don't know what we're talking about? Few people do.

It's a bug that they crush. Specifically, the cochineal is a bug harvested in Peru and in the Canary Islands. As tiny as it is, it's big business. Hundreds of thousands of pounds of these tiny bugs are exported every year, and for what? To turn many of the foods we eat and the drinks we drink red! It's what gives Campari, the popular Italian aperitif, it's bright red hue. And it's the red stripe in a fruit striped gum.

For 1,700 years, the cochineal bug has been raised - and then squished for its unique red pigment added to textiles, cosmetics, and foods.

Dr. Doug Miller, a bug expert who is an entomologist at the United States Department of Agriculture, says, "These little white patches here are the actual insects themselves. [When crushed)...the whole body is red in color."

In Peru and the Canary Islands, the cochineal is dried, squeezed, and scraped. Now multiply that by the billions.

The cochineal bug is the only bug approved for consumption by the Food and Drug Administration. It's considered a 'natural ingredient'- so safe it's not even required to be listed on food labels. But is it safe?

For Donna Agnew, it is not safe. She will never will forget the day she was brought to an emergency room in anaphylactic shock - a life-threatening allergic reaction:

"I started seeing stars and feeling like I would black out and I grabbed the first person that looked like they worked there and said, 'Help me! I think I'm going to pass out.' And she pretty much took me back immediately and started IVs. I don't think I really knew how serious it was at that point."

Donna remembered eating a Good Humor frozen dessert. It was red in color, thanks to the addition of carmine extract from the cochineal bug:

"We had a good clue that the treat I had eaten immediately made me sick to my stomach. So we started with that."

Allergist Dr. James Baldwin checked the list of ingredients and eventually traced Donna's severe reaction to carmine. But, he says, if carmine hadn't been listed on the label in Donna's case, he may not have figured it out so quickly:

"It probably would have taken several subsequent exposures to carmine."

Since then, Dr. Baldwin has published a paper on carmine and has discovered more than 20 additional carmine-related allergies - most of them buried in medical literature and five among his own patients. One of them, Valyn Baum, is a registered nurse who also works at the Uniersity of Michigan Medical Center. She recounts what happened.

"One time, I was in Washington D.C. at an investigators' meeting and drank some Campari and had a full blown attack," she recalls. "And then I ate some red Christmas pasta and ended up in an emergency room. Then I ate some red dipping sauce, some Chinese dipping sauce, and ended up in the emergency room. And then I finally saw Dr. Baldwin's article, and I was like, 'Oh my gosh! This is what I am allergic to!'"

Dr. Baldwin says: "What's new about it is that it is starting to be recognized as a cause of allergic shock and allergic conditions..."

Carmine is a natural color, so companies don't have to list it on the label - making it that much harder to avoid.

Dr. Baldwin says he has a problem with that. "I think a known allergen that can cause life-threatening anaphylactic shock in patients allergic to it should be listed on labels."