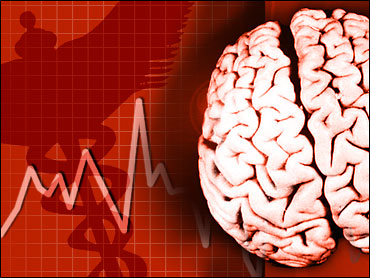 Medically induced coma, performed on critically ill patients from the prime minister of Israel to a coal miner in West Virginia, has been used for a quarter of a century or more to put the brain in hibernation so it can recuperate.

In the first several days after an injury, there can be swelling and other reactions that are part of the body's repair mechanism. But in the brain, those processes can be damaging, said Dr. Marc Mayberg, executive director of the Seattle Neuroscience Institute.

"The idea is if you can tide the patient through this period of acute response, you can improve the outcome," he said.

The goal is to reduce swelling and pressure, which cut off blood flow to the brain and can kill healthy brain tissue, said Dr. Lee Schwamm, director of stroke services at Massachusetts General Hospital. It is also an effort to rest the brain so it requires less blood, oxygen and glucose, he said.

Doctors induce coma by using sedatives to put the brain to sleep, Schwamm said. The patient's brain activity is closely monitored, and the level of drugs adjusted accordingly, to ensure the brain stays "asleep."

"The key is protecting the brain from secondary injury, which can be more damaging than the initial injury," he said. "Increased pressure and swelling can cause damage to the healthy parts of the brain."

Not all experts agree the medically-induced coma was the best treatment for someone as ill as Israeli Prime Minister Sharon.

On Monday, doctors began weaning Sharon from the drugs that were used to put him in a coma to give his brain time to heal from the trauma of a stroke and two lengthy surgeries to stop bleeding.

Doctors in West Virginia on Sunday began reducing the sedatives given to the sole survivor of the Sago Mine explosion. Once the medication wears off, doctors can begin neurological testing to determine the extent of the damage Randal McCloy Jr. suffered in the mine.

A medically induced coma and an unproven combination of drugs were administered in 2004 to a Wisconsin teenager bitten by a rabid bat in an effort to save her life. Jeanna Giese, the world's only known unvaccinated human rabies survivor, has since returned to high school and continues to regain her verbal and motor skills.

The risks of medically induced coma, in part, stem from complications such as pneumonia that can arise because of the patient's immobility, Mayberg said. It's also difficult to tell the severity of a patient's brain damage because traditional neurological tests don't work when a patient is in a coma.

"The risk is that this process could simply save the life of someone who will have a terrible outcome — that you preserve the life of the patient, but they're wrecked," Schwamm said. "The challenge here is to save the brain in a circumstance where it can be truly salvaged."