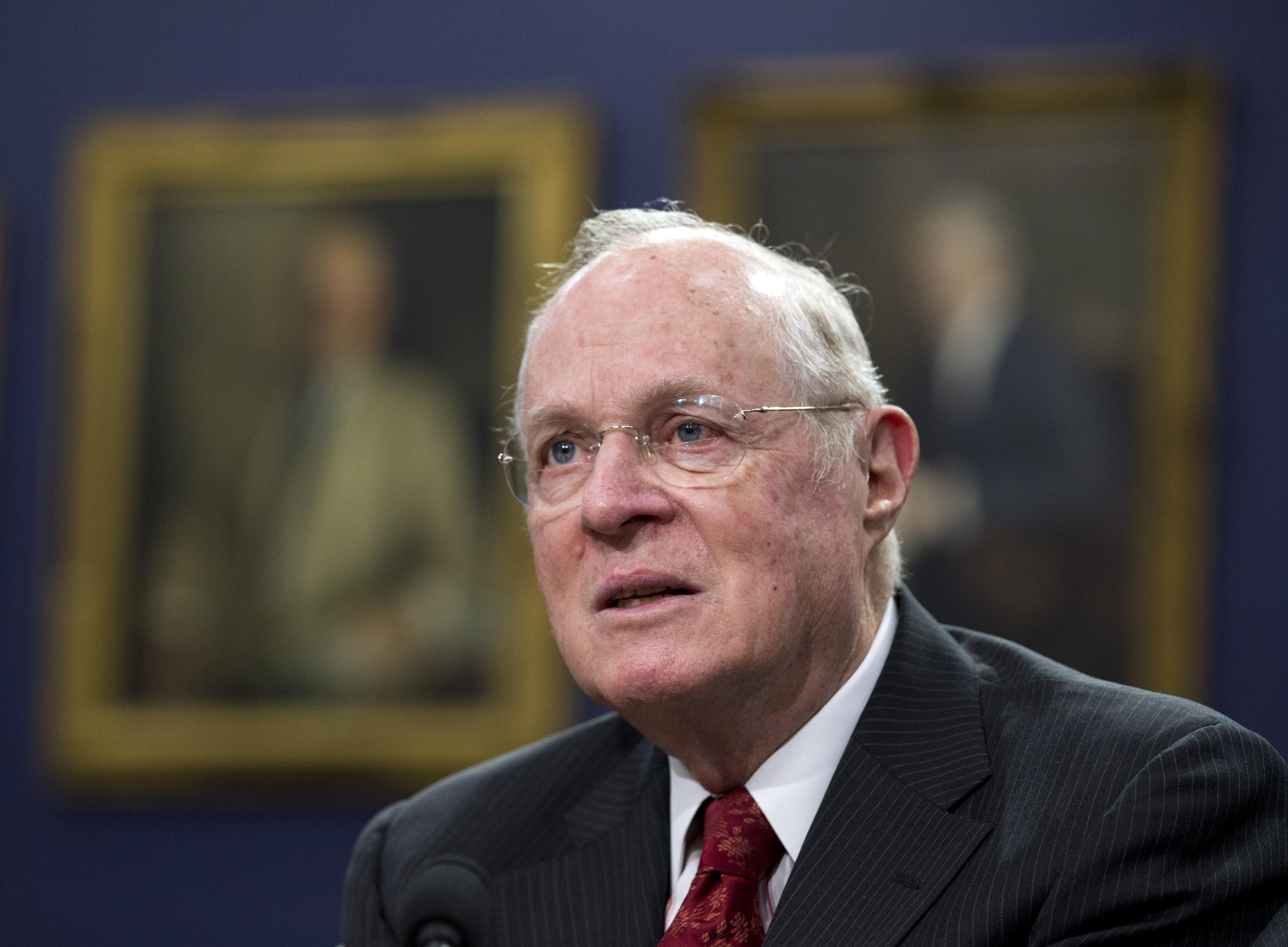 It's about how districts are drawn for the Wisconsin state legislature, which sounds a little dull until you realize the far-reaching effects a decision could lead to. Supreme Court Justice Ruth Bader Ginsberg says this might be the most important case the high court rules on this session.

The issue in Gill v. Whitford is the 2011 district map drawn up by the Republican-controlled Wisconsin legislature. That map employed what's commonly known as gerrymandering, the process by which maps are drawn to favor some lawmakers over other ones.

Gerrymandering is nothing new and regularly results in ungainly districts all over the country. However, the Wisconsin map was deemed so blatantly partisan in its construction that a district court ruled it unconstitutional. The state of Wisconsin is now appealing that verdict to the Supreme Court, which heard oral arguments on Tuesday.

Sure, at least a lot of the time, although districts drawn along racial lines are still sometimes thrown out by judges.  Still, the Supreme Court has ruled that the Constitution does not guarantee that just because a party won a certain share of the vote that it's entitled to a certain number of seats.

What about those "far-reaching effects"?

A decision in this case will be felt far beyond Wisconsin. For one thing, it could open up to courts ruling on district maps all over the country.

This was a big bone of contention the last time the Supreme Court looked at a partisan gerrymandering case, which was in 2004. The issue then was a Pennsylvania map that claimants said was too lopsided. The court's conservative wing held that the court should not intervene because it was basically impossible to figure out how much party politics had to do with how districts are drawn. The court's liberal wing thought the opposite. And the deciding vote went to Justice Anthony Kennedy, who often swings a ruling one way or the other.

Kennedy, who is almost sure to be the deciding justice in Gill v. Whitford as well, said at the time that the Pennsylvania map should not be thrown out. However, he also said he was open to the court throwing out other maps in the future if someone devised a workable way to figure out what gerrymandering is acceptable, and what gerrymandering is not. And the litigants looking to throw out the Wisconsin map think they've discovered that standard.

What is that standard?

It's called the "efficiency gap." Basically, the litigants trying to get the Supreme Court to rule against the Wisconsin map say the districts are designed to get Democrats to "waste" votes. This is done by diluting the Democratic vote in swing districts (a process called "cracking") and concentrating it in others (which is known as "packing").

In effect, this means that many Wisconsin Democrats wind up casting votes in non-competitive races, and proponents of tossing the Wisconsin map say that when one party is seeing a lot more wasted votes than the other, the courts should get involved.

The State of Wisconsin counters that this is a political question that it up to elected representatives, not judges. "A holding in their favor would politicize the courts and would go far beyond intervention in the 'political thicket'; it would impale the judiciary on its thorns," the Republican State Leadership Committee says. The state also argues that the plaintiffs didn't have standing to sue in the first place and that the Wisconsin redistricting was in line with established norms.

What are the other effects the ruling could have?

If the Supreme Court does rule that the Wisconsin map is unconstitutional, it could invalidate district maps in 20 other states, Barry C. Burden, the director of the Elections Research Center at the University of Wisconsin-Madison, told the Times. According to the paper, a dozen or so Congressional districts could also be challenged.

What else is being done about gerrymandering?

Former California Gov. Arnold Schwarzenegger, who was most recently a reality show host, is taking on partisan gerrymandering and redistricting. The former actor and bodybuilder is raising money through CrowdPac to help fund the challenge to the Wisconsin map. As of Tuesday, he has raised more than $124,800, with a $150,000 goal. As governor, Schwarzenegger helped push through Proposition 11, which set up the nonpartisan California Citizens Redistricting Commission that would draw the district lines for California legislative seats.

Former Attorney General Eric Holder has also launched a group to fight the GOP dominance of the election map, and he'll have some help from former President Obama, likely former Vice President Biden, and a number of high-profile Democrats. While the National Democratic Redistricting Committee aims to open up districts for Democrats, Holder also simply wants to inject more fairness into the elections. GOP and Democratic incumbents alike, he told the Times, should "get more comfortable with the notion that with fairly drawn districts, elections might be more significantly contested." It is he said, "a good thing for our democracy."

Even academic scholars are trying to research and develop innovative ways to end gerrymandering. A group of math experts at Tufts University have formed the "Metric Geometry and Gerrymandering Group" whose mission is to study how geometry and computing can apply to redistricting. The group's website says, "We believe that gerrymandering of all kinds is a fundamental threat to our democracy." They held a workshop on the project in August in which they invited math experts from colleges across the country to participate and contribute to the discussion.