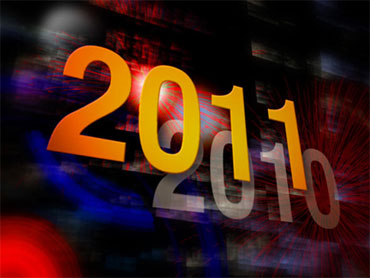 With the calendar about to flip into a new year, "Early Show" Consumer Correspondent Susan Koeppen read her tea leaves for predictions on 2011's hot trends:

The idea is why buy when you can borrow, or rent -- there's no need to buy things, because there are so many places where you can just pay a small fee and get virtually anything you want.

For instance, someone who wants nice art work on the walls but doesn't want to pay a lot of money for it can go to a website called TurningArt.com. For as little as $10 a month, you can rent art for your home. And you get new prints every three months, with free shipping. There's also a site called

Locally-grown or raised foods in restaurants

Pricey Vs. Cheap Shades Put to the UV Test

The Diversity Of Brendan Fraser

You can expect to eat more of it when you eat out. You can also expect to see more nutritious children's meals and smaller portions for a lower price. And we'll see different kinds of restaurants - like more mobile food trucks and pop-up restaurants: A chef uses a space for a limited time -- and uses social media to get the word out.

Consumers can expect to be bombarded with special promotions. It's going to be easier to find deals and get discounts, mostly by using smart phones. Shopping apps increased 250 percent last year and are expected to go up even more in 2011.

Retailers will be using some of their ad dollars on deals that they can give to consumers instantly - consumers who follow them on Twitter or Facebook. And using a coupon will become a thing of status, not shame. People used to be embarrassed to use clipped coupons; now they will use a coupon they have on their smart phone, and use it proudly.