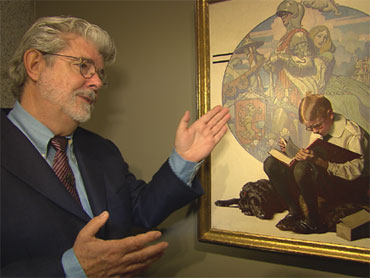 Kris Connell from Real Simple magazine visits The Early Show to explain what everyone should know before buying cashmere.

What Is Cashmere?
Cashmere is a natural fiber that comes from the underbelly of goats raised in mountainous regions in Mongolia and India. The reason it is expensive is because there just isn't that much of it. And you're looking for the purest, longest and whitest fibers, which translate into the best cashmere. That's where you start to get the differentiation in quality.

Why Is It Now Affordable?
There are some unscrupulous companies that use other things, such as wool, in conjunction with cashmere and try to pass it off as all cashmere rather than a blend. Real Simple took some items to a lab and they had wool as part of them.

But there are two main reasons that large, reputable retailers can sell 100 percent cashmere for good prices. One, the quality may not be as fantastic as higher-end brands. The fibers they use may be shorter and darker, and shorter fibers are more prone to pilling and darker fibers can be weaker because they may need to be bleached and then colored again, which is why the colors make a difference in quality.

The second way large retailers can produce cashmere at low prices is because of the pure bulk of sweaters they're making. They get a break in their production costs and can pass it along to their consumers.

What To Look For
First look at the label to ensure it is 100 percent cashmere and not a wool blend. Then, do the touch test by putting your hand over it and see if the texture changes at all. You may notice that by running your hand over the sweater you see a lot of fuzziness or pilling right away. That means it probably has a shorter fiber and a very high-end quality sweater won't.

Also, if it feels slippery, then it'll probably lose its shape quickly. Look for a tight knit so there's less chance of piling and also try to buy at least two-ply. If it's two-ply, it will be less likely to get a hole in it.

Caring For Cashmere
To some degree, pilling will happen to all cashmere sweaters, but the more you go with names you trust like Tse and White & Warren, who are both known for their cashmere, the less problems you'll have. Sometimes people buy a high-end, expensive cashmere sweater from a well-known brand and are upset if it pills or doesn't wear well. But the truth is that just because a company is known for great clothes it does not mean they have great cashmere. You're better off buying from a company that's known for their cashmere.

For any and all cashmere, you can dry clean it, but hand washing is always preferred to keep your cashmere in the best shape. You also may have to de-pill it every so often.

Canadian town to be honored for role in 9/11