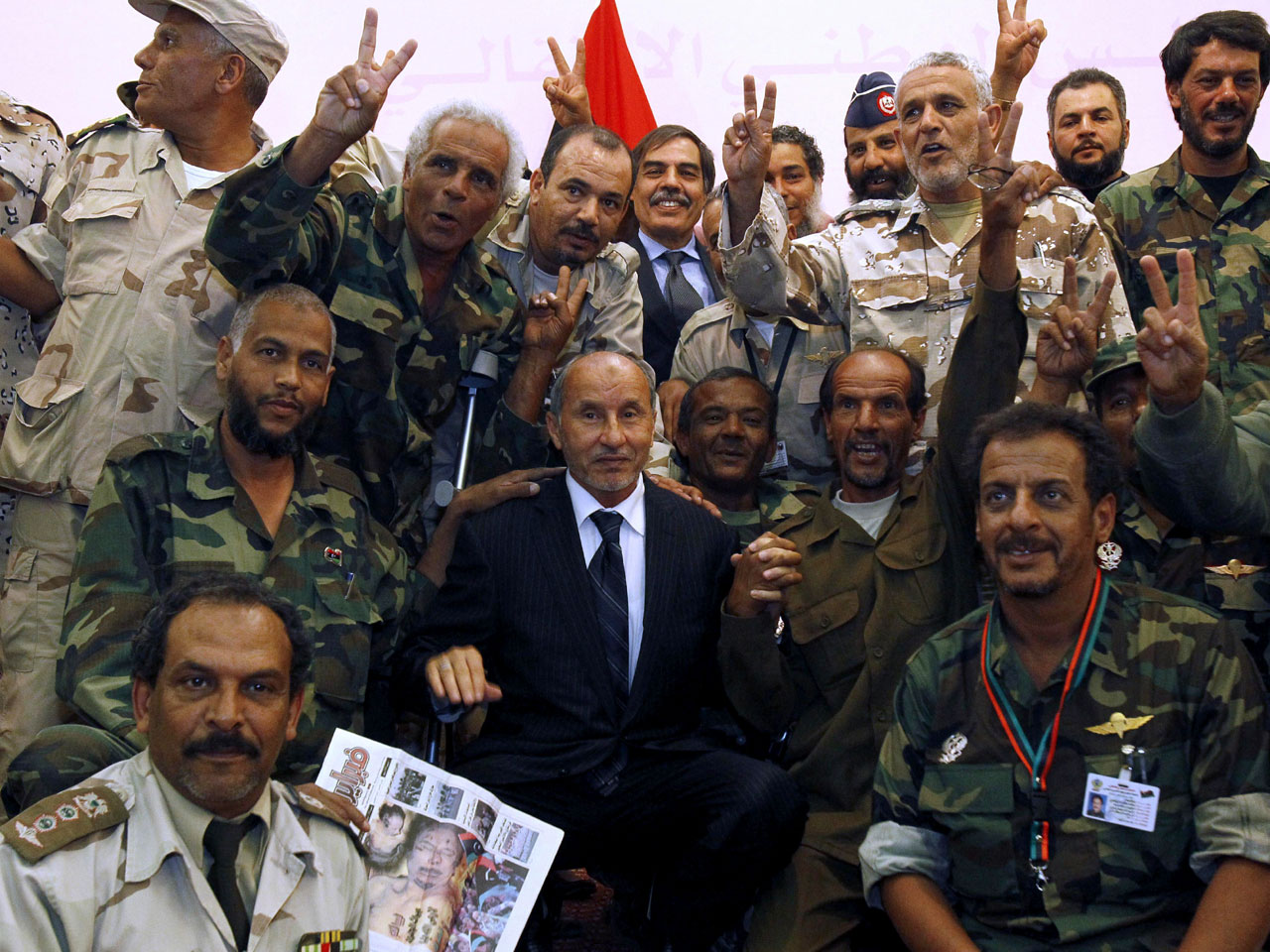 It's too early to tell what sort of government is forming in Libya, because there have been no cabinet appointments yet.

But there is a big pool of talent to draw from, including Libyans educated in the U.S. In the NTC chairman's speech yesterday, he called for tolerance, and also adds the new law of the land will be based on Sharia law. Later, the chairman added that Libya is going to be a moderate Islamic country.

CBS News correspondent Elizabeth Palmer reports that the country's new leaders are anxious to put the Qaddafi years behind them, and now one of their biggest problems is figuring out what to do with all those newly-minted war veterans..

Libya's deputy interior minister had a blunt message for a room full of soon-to-be ex-rebel fighters: The war's over. It's time to hand in your guns and move on.

To help, the new government is promising jobs, housing, and even free college education.

A morbid cleanup left in Libya
Special Section: Anger in the Arab World

The offer seemed to go down well, but on the outskirts of Tripoli, ex-rebel fighter Khaled says he needs something else: a psychologist "to help me come to terms with the atrocities I saw."

Khaled trained as an oil engineer. He and thousands of young men joined the anti-Qaddafi forces six months ago, totally unprepared, and found themselves fighting a brutal battle for the future of their country. Khaled didn't even know how to use a gun before the fighting began.

Having risked his life for a free Libya, Khaled says he won't hand over these weapons until he's convinced the government is stable and democratic.

If and when that time comes, he could deliver more than weapons. Some of his best soldiers - self-styled special forces soldiers - don't want to go back to civilian life.

Novice volunteers when they joined the fight against Muammar Qaddafi, many are now proud veterans in a brand new country.

The military commander for Tripoli confirms that Said al-Islam is alive and is believed to be in the sourthern desert near the border of Niger, seeking protection.