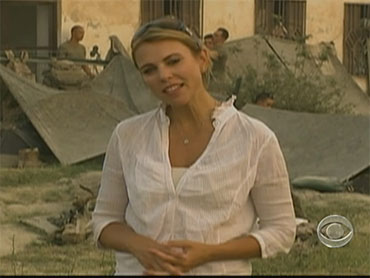 (CBS)
This analysis was written by CBS News chief foreign affairs correspondent Lara Logan,currently embedded with U.S. Troops in Afghanistan.There are a few things that really annoy me about the current Afghan debate. As I head back to Afghanistan to cover the Aug. 20 presidential election, I feel compelled to write about them, in the hope that someone will be paying attention.

First is the idea that most — the popularly quoted figure is some 80 percent — of insurgents are "economic," and as such, are driven purely by money. The argument is made that poor villagers are easily recruited by Taliban and al-Qaeda leaders who pay them anything from $10 to lay a single bomb, to $400 as a monthly "salary" — more cash than Afghans could earn in neglected, poverty-stricken areas.

Let us not forget that the unemployment rate is 40 percent in Afghanistan and literacy rates barely above 30 percent for men – less than half that number for women. So the argument would seem to make sense — superficially.

I disagree. It's time to blow this argument to pieces, mostly because it completely ignores the most important driving force behind the insurgency, one which the U.S. and NATO are failing to confront. 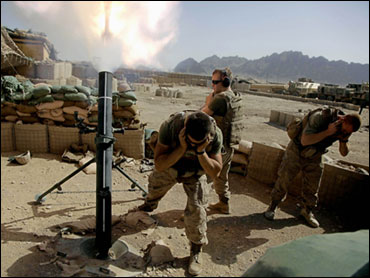 (AP Photo/Julie Jacobson)
Just as the U.S. refused to admit for years that it was facing a resurgent enemy, stronger every year since the invasion, it now refuses to acknowledge the strong, nationalistic ideology that is fuelling the fight in much of the country. A nationalistic ideology now tied to al-Qaeda's aim of global jihad against the U.S. and its allies.

What does this mean? In the simplest terms, this fight is about power. The Pashtun tribal fighters who make up the Taliban want to control their country once again. Since Afghanistan was made a state in the 1700s, the country has been mostly ruled by the Pashtuns, who make up the largest tribe — roughly 42 percent of the population.

In the years I have spent covering Afghanistan since the U.S. invasion in 2001, the Pashtun ministers I encountered in the new government seemed oblivious to the fact that the Taliban — and by default the Pashtuns — had actually lost the war. They complained about not having enough senior posts, not enough people in government — not enough of anything.

I found this ironic, given the fact that Pashtuns occupied many senior positions in the government, even the President and his most senior advisors were all Pashtun, and the vast majority of U.S. aid money was pouring into Pahstun areas — at the expense of the rest of the country.

Why? Because, from the start, the argument was made that poor people can be paid to fight. So the U.S. flooded the south and the east of the country with aid money — the violent, Pashtun dominated areas where there was still resistance to the U.S. and NATO presence. The hope then was that providing jobs and alternatives to the Taliban for local men would be enough to stop the fight. It didn't work. The violence is worse and support for the Taliban stronger than anyone believed possible in the first five to six years of this war.

The "economic" argument also does not explain why there is no insurgency in some of the poorest areas of Afghanistan, such as Badakshan in the north. This province still has the highest recorded maternal mortality rates in the world, where one in three Afghan girls giving birth is sure to die. And I use the word "girls" deliberately — the average age of a mother dying in childbirth there is 14 years.

The people of Badakshan have not taken up arms against the government or against U.S. troops. Yet they live mired in poverty. Why not, if money is the real reason all these insurgents have taken up arms? Because the ideology fuelling the fight — the Pashtun/Taliban aspirations for power — do not dominate there, and it is far from Taliban and al Qaeda safe havens inside Pakistan.

These two factors alone, more than anything else, explain the growing violence in the south and the east.

And there are a few other important facts that are being overlooked:

• The Taliban and al-Qaeda now fight as one in the sense that they are completely united in their goal of wanting the U.S. to both fail and leave Afghanistan, taking all foreign troops and influence with them.

• The Taliban now owe their survival to al-Qaeda. And if they get their country back, that debt has to be re-paid by helping al-Qaeda in its global aspirations.

• There are many factions fighting the U.S. in the east and north-east of the country. Many of these are considered to be "Afghan al-Qaeda" — a home-grown Afghan terrorist problem like the one in Iraq. General Dan McNeil, who twice commanded U.S. forces in Afghanistan, told me in an interview on his retirement that he would consider the term "Afghan al-Qaeda" an accurate way to describe the fighters of the Haqqani network fighting in the east. Few others have been willing to recognize the creation of an "Afghan al-Qaeda."

• Taliban and al Qaeda fighters have lived together for the past seven years, trained together and died together. Whereas in 2001, the Arabs of al-Qaeda were sometimes welcome guests, sometimes intruders in Afghanistan, they are now blood brothers in many ways.

I witnessed Arab and Pakistani fighters who were skinned by the Afghan Taliban in 2001. As the U.S. invaded, the Afghan Taliban fighters on the frontline at Bagram Air Base betrayed the al-Qaeda jihadis who came to their country and imposed on them their version of Islam. They were all too eager to slice the throats of their so-called "comrades" because they were tired of being told what to do in their own country. "We know Islam, we know how to fight," a former Taliban commander on the frontline told me, "we didn't need them to tell us."

What many Pashtuns are tired of today is sharing power with their former enemies from the civil war — the Uzbeks and Tajiks and Hazaras, (Afghanistan's other main ethnic groups), who they were fighting and would have defeated had the U.S. not invaded when it did. At that time, the Taliban controlled over 90 percent of the country. Gains that were won in blood and lost overnight in the face of the U.S. alliance with the Taliban's enemies and a formidable air campaign that scattered their fighters and sent them running for their lives.

I saw the Taliban anti-aircraft guns still pointing at the sky as they abandoned their positions, their weapons and their fight. Those who did not share the Talib ideology or aspirations — the kind-of Taliban the U.S. and other officials today call "moderate" Taliban — they took off their black turbans, dropped their guns and embraced the change. The rest, those who would never give-in to the new reality, escaped over the border to Pakistan.

It is now widely known and acknowledged that from Pakistan they were able to reconstitute their forces and come back stronger than ever.

As they have rebuilt, the Afghan government, the U.S. and the international community have failed to rebuild the country fast enough.

U.S. and other officials love to quote the old statistic that most Afghans — some 80 percent according to the polls — don't want the Taliban back. That's missing the point.

The Pashtuns in the south who didn't much like the Talib way of life, now prefer it over foreign occupation. They want their country back. They don't much care if the women go to school — certainly not older girls or teenagers or women. They might let the little girls study up to the age of about seven or eight, but as soon as they approach marrying age — from 12-years-old in many Pashtun areas — they cannot go to school or even out in public. They must be imprisoned in the home, for the rest of their lives.

And there it is. Islam.

Another issue that's being publicly ignored in the Afghan debate is the fact that many Afghans resent secular, Western influences in their country which they see as corrupt and anti-Islamic. When U.S.-funded school books are burned in their tens of thousands, never reaching the schools waiting for them, there is no public outcry from the vast majority of Afghan people.

Many Afghans do not approve of satellite television and the pornography it has brought to the country. The "opening up" of the country's media is not appreciated by all.

Sure, in the big cities like Kabul, where people are more educated and many Afghan exiles have returned from years living abroad in developed countries like Australia and the U.S., it's a welcome move that plays well with Western ideals about democracy and freedom of the press. But only 24 percent of the population is urban.

In the ancient rural villages and towns that dominate the social fabric of Afghanistan, these changes are not welcome. They are viewed as a threat to Islam.

And that is not acceptable to Afghans. They are not the most religious people on earth, but they are traditional. And Islam is absolutely the most powerful tradition governing Afghan daily lives.

In the past few days, since I arrived back in Kabul, I have traveled south to the violent, opium-rich province of Helmand. Along the way I have spoken to Afghans and U.S. troops about the nationalist nature of the fight now.

No one disagrees that Afghans will be voting mostly along ethnic lines in this election. Afghans tell me all the time that the country is already fracturing along ethnic lines, just as it did during the very bloody civil war that followed the Soviet occupation.

I don't encounter any Afghans who see any point in "negotiating with moderates." They don't believe the hard core militants are few in number. They believe most of those doing the real fighting are hardcore and no agreement any of them makes is worth anything.

Agreements and negotiations in warfare throughout Afghan history have never been anything but strategic pauses for one side or both.

If the people don't believe in negotiations, why does the President?

It's not those poor people being paid to lay roadside bombs that worry the Afghans I encounter. It's the many hardcore fighters that are paying them, supplying them, supporting them. Militants driven by the same desire that fuelled the civil war: power on their terms.

They will never negotiate in good faith because they are not interested in power sharing, or being part of a U.S.-installed democracy, or any other democracy.

They want their country back and al-Qaeda has promised to help them. In exchange, they are now duty-bound to help al-Qaeda achieve its goals across the world.

Reaching all the way to the U.S.