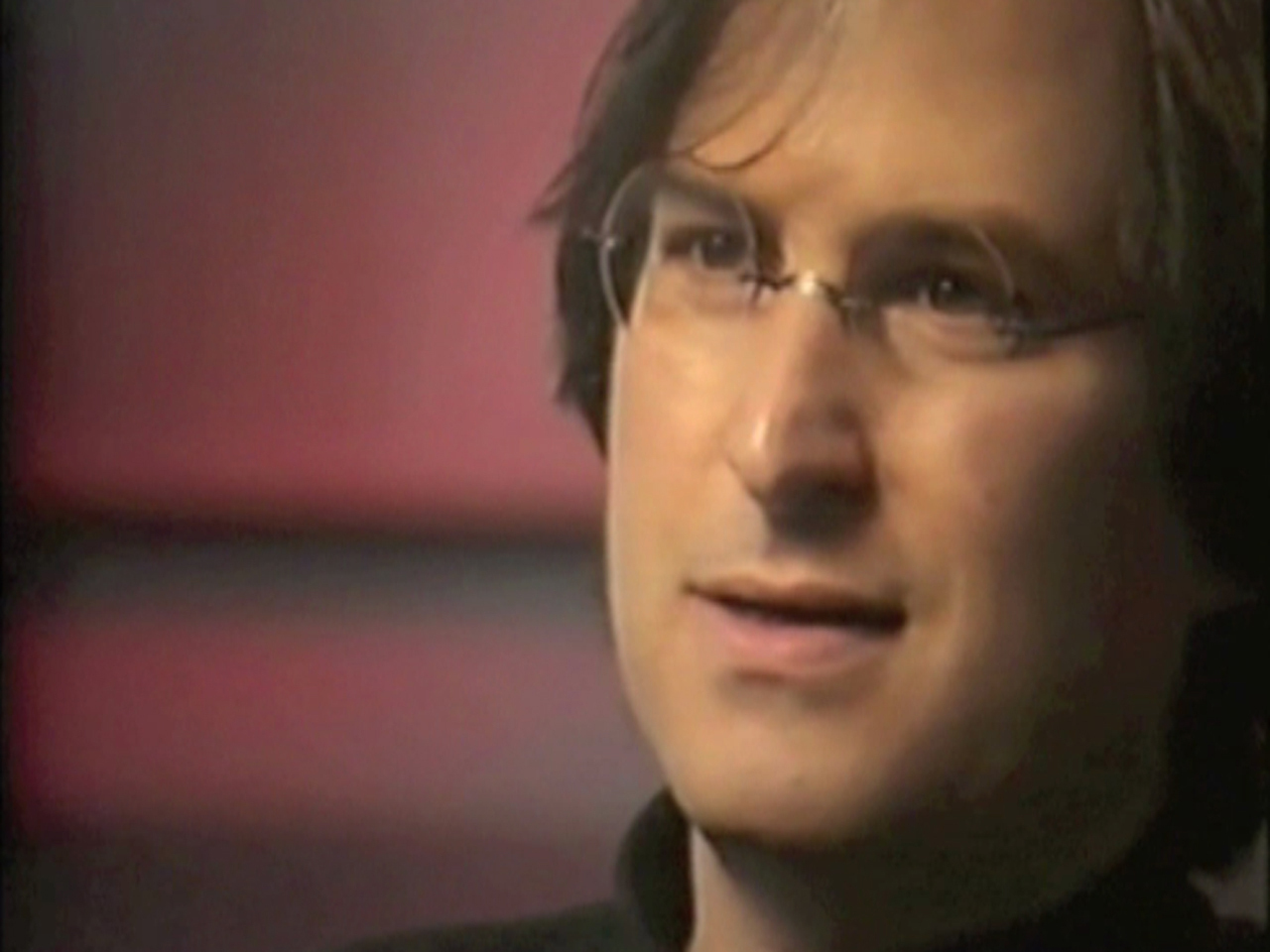 A recently-discovered interview with Steve Jobs from 1995 is now part of a documentary called "Steve Jobs: The Lost Interview," opening in theaters Wednesday.

A nine-minute portion of the 69-minute interview with the late Apple co-founder was aired on a TV series called "Triumph of the Nerds" in 1995. However, Bob Cringely, who conducted that interview 16 years ago, said the rest of the interview was thought to be lost forever because all of the master tapes went missing in shipping.

But then the director contacted Cringely when Steve Jobs died.

On "The Early Show," Cringely recalled, "The director said, 'I think I got a copy of that interview in my garage.' And he had never told any of us that he had a copy of it."

"And I immediately asked which of the other 124 interviews he had a copy of.... So he pulled it out and we looked at it, and we were amazed how it held up over the years," Cringeley said. "If you know about his return to Apple, the iMac, the iPad, the iPhone, iTunes and all of those things coming, it really says a lot about Steve and his process."

In the rare conversation, Jobs is unusually candid about many subjects, including rival tech giant, Microsoft.

In the interview, Jobs says, "The only problem with Microsoft is they just have no taste. We were on a mission from God, you know, to save Apple. I don't really care about being right, you know? I just care about success. Us, too, you know, we didn't know much. We could build a little thing that could control a giant thing. The way that we are going to ratchet up our species is to take the best and to spread it around to everybody, so that everybody grows up with better things."

Cringely noted that at the time this interview was filmed he had worked closely with Jobs for more than 25 years.

"Steve didn't have much of an internal critic," Cringely said. "I think he was more comfortable than he had ever been in any previous interview (in this interview), and after he came back to Apple, they were very guarded about letting him out."

In the interview, Jobs also says about himself, "I just care about success. So you'll find a lot of people that will tell you that I had a very strong opinion and they, you know, presented evidence to the contrary and five minutes later, I completely changed my mind, because I'm like that. I don't mind being wrong and I'll admit I'm wrong a lot. It doesn't really matter to me too much. What matters to me is that we do the right thing."

Cringely said, "What I loved about it was that it really revealed Steve. This is an unedited interview. It's a non-movie. There is no music in this thing, so we have 69 minutes with Steve Jobs which has never been seen before and will never be seen again, you know? It's unique."

As for his relationship with the tech innovator, Cringely said the process of evolving products was a point of particular discord.

"My relationship with Steve was based solely on screaming," he said.

Cringely said he was fired and hired by Jobs three times in his career. When asked about those firings, he said, "Steve could interface at any time with about six people and so he wanted to be dealing with the six most important people in his life at that moment. And if you were important to him, he would, you know, do anything -- you would hear from him seven times a day. But if you dropped off the six, you didn't exist."

Cringely is the author of the book "Steve Jobs: The Lost Interview."

Check out clips from the interview below:

Jobs on "ratcheting up the species":