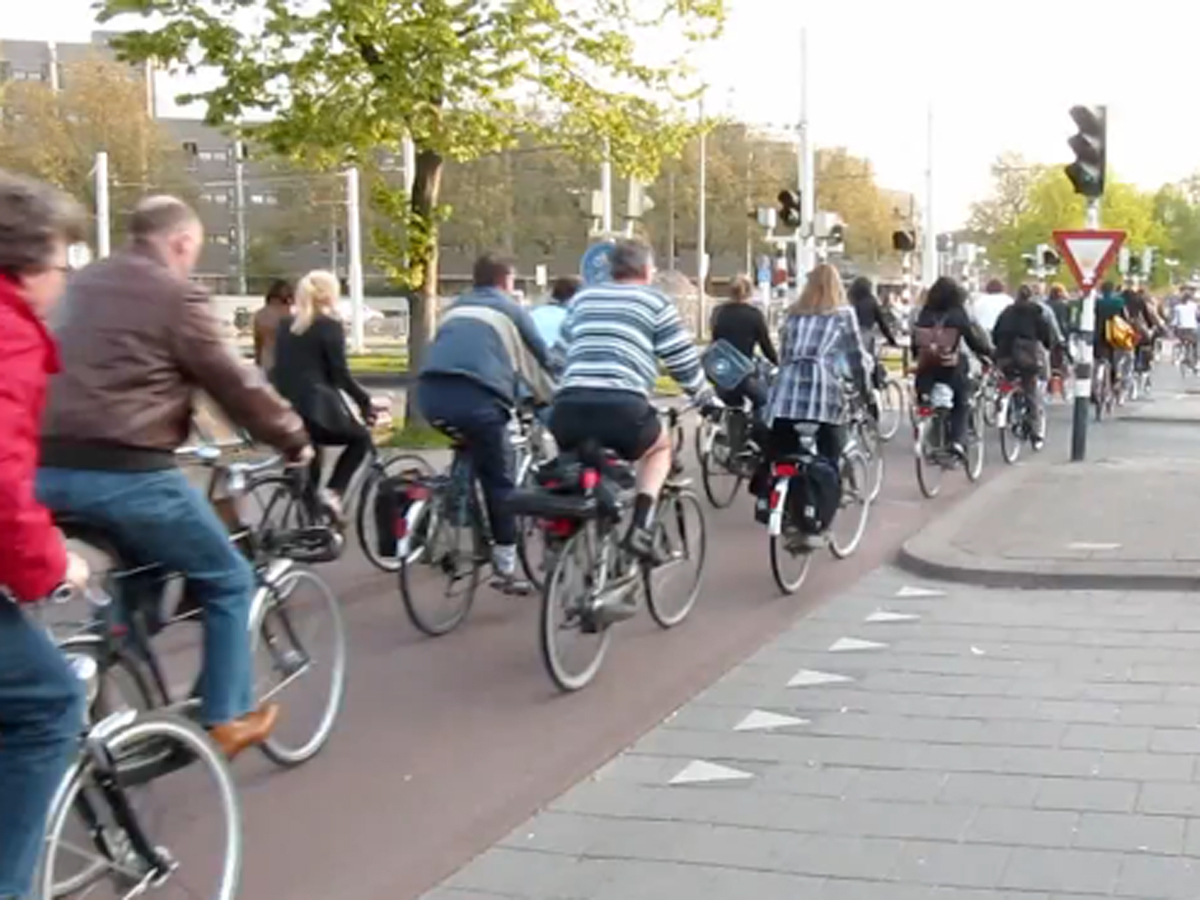 (CBS) - If you drive a car and live in a major metropolitan city, you've no doubt had to deal with rush hour traffic. Sometimes infuriating, often stressful, but what is rush hour like in other countries?

This video gives you a glimpse of what rush hour is like in the Netherlands and will probably blow you away.

So it appears to be less about cars, and more about bikes during rush hour in the city of Utrecht.

Morning rush hour in the 4th largest city in the Netherlands. Streets look like this when 33% of ALL trips are made by bicycle!

This is an ordinary Wednesday morning in April 2010 at around 8.30 am. Original time was 8 minutes that were compressed into 2 minutes, so everything is 4 times faster than in reality. The sound is original.

So on the one hand, healthier living; on the other hand, a brand new infuriating and stressful situation to deal with.  I think I'll just stick to the subway and avoid it altogether, thank you very much.