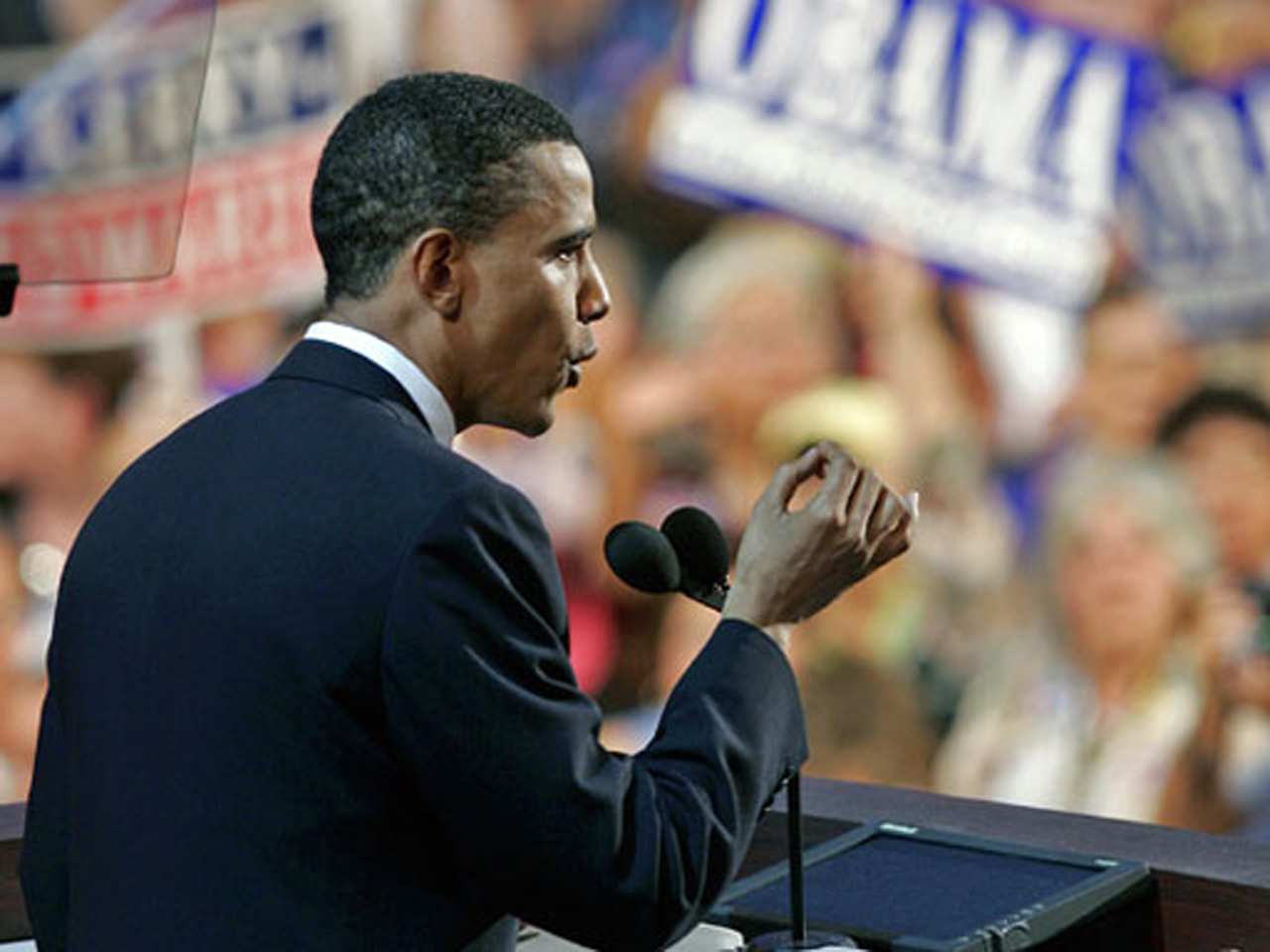 (CBS News) President Barack Obama takes the stage Thursday night to accept the Democratic nomination, and to try to convince voters that he deserves a second term.

His memorable speeches helped get him elected in 2008. But with this race as close as it is, does Mr. Obama have to top his previous best oratory to give himself a bump, as he leaves this convention and heads out to the final weeks of his last campaign?

President Obama is known as one of the greatest orators of his generation. Eight years ago, his speech-making first catapulted him to national prominence.

In the 2004 Democratic National Convention, Mr. Obama told the audience and the nation, "In the end, that's what this election is about. Do we participate in a politics of cynicism or a politics of hope?"

At every point in his career when he's been in trouble, the president has pulled himself out of the hole with a speech. After he lost the new Hampshire primary in 2008, he coined the famous phrase that would define his campaign, by saying, "We will begin the next great chapter in the American story, with three words that will ring from coast to coast, from sea to shining sea: Yes, we can."

Liz Cheney on future of the Republican Party

It became a mantra for his followers.

And when the Illinois senator was under fire after his pastor, the Rev. Jeremiah Wright, made racially charged remarks, Mr. Obama decided to directly address the issue of race, which he had previously avoided. He said in 2008 in Philadelphia, "The fact is that the comments that have been made and the issues that have surfaced over the last few weeks reflect the complexities of race in this country that we've never really worked through - a part of our union that we have not yet made perfect."

Each of those speeches boosted Mr. Obama. And now, he's going to have to top it all, according to Doug Brinkley, a presidential historian. Brinkley says Mr. Obama has to rise to new levels in what may be the most important speech of his life - the one convincing America to keep him on the job.

"He needs the kind of Ted Sorenson, John F. Kennedy switchback line, one that people will be talking about at the water cooler," Brinkley said. "I think he's got to show quite a bit of emotion and humor and also tell some stories like Ronald Reagan."

And when George W. Bush faced a tough re-election fight in 2004, he used his convention speech to defend his decision to go to war after September 11, and to make the case that he needed four more years.

Bush said then, "We will build a safer world and a more hopeful America and nothing will hold us back."

Brinkley says that speech, while focused on national security, is similar to what Mr. Obama has to do on the economy. He said, "He's got a record. He's got to defend that record in this speech."

Thursday night's big finale was supposed to be in a 65,000-seat stadium. The Democrats say they canceled because there's a forecast of thunderstorms. But that means no fireworks, which had been planned - and - you know how conventions always end - with a balloon drop. But there won't be one because they didn't put them in this arena, where tonight's session will now be held. But CBS News has heard there's something else planned for the big finish. We're guessing confetti.