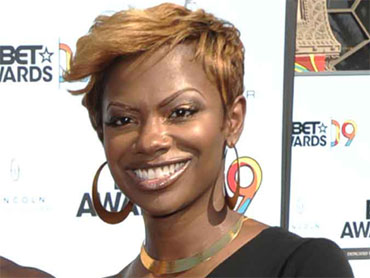 ATLANTA (CBS) Was it murder, or sickle-cell anemia that caused the death of "A.J." Jewel, the on-again-off-again fiancé of "Real Housewives of Atlanta" cast member Kandi Burruss?

A preliminary report on Jewell's autopsy is labeling the death a "homicide," saying it was the fight Ashley "A.J." Jewel had in the parking lot of a strip club that caused his rare sickle-cell anemia condition to be fatal.

Still, the complicated findings have Jewell's family upset, and the Fulton County, Ga. District Attorney says he has tentatively agreed to an exhumation of Jewell's body to confirm he was actually killed by the rare sickle cell trait.

Jewell died Oct. 2 after a fight with Frederick Richardson in a strip club parking lot. The family has criticized the release on bond of Richardson, who is charged with voluntary manslaughter.

According to the Atlanta Constitution Journal the report said: "Although Mr. Jewell died of complications of his underlying natural disease conditions, [the] complications would not have occurred if he had not experienced the extreme exertion that was part of the physical altercation. Due to the active involvement of another person, the manner of death is classified as a homicide."

Fulton District Attorney Paul Howard told the Atlanta Journal Constitution in an e-mail Friday that the exhumation of Jewell's body would be for a second autopsy to confirm he was killed by a rare sickle cell trait.

"Although the medical examiner's report released to us yesterday does classify my son's death as homicide, the report is contradictory because it simultaneously blames a 'sickle cell crisis'," said Jewell's father, the Rev. A.B. Jewell, Sr.

The attorney for Frederick Richardson told the Web site TMZ, "It's an unfortunate situation; Frederick is sorry this situation happened and that A.J. died."