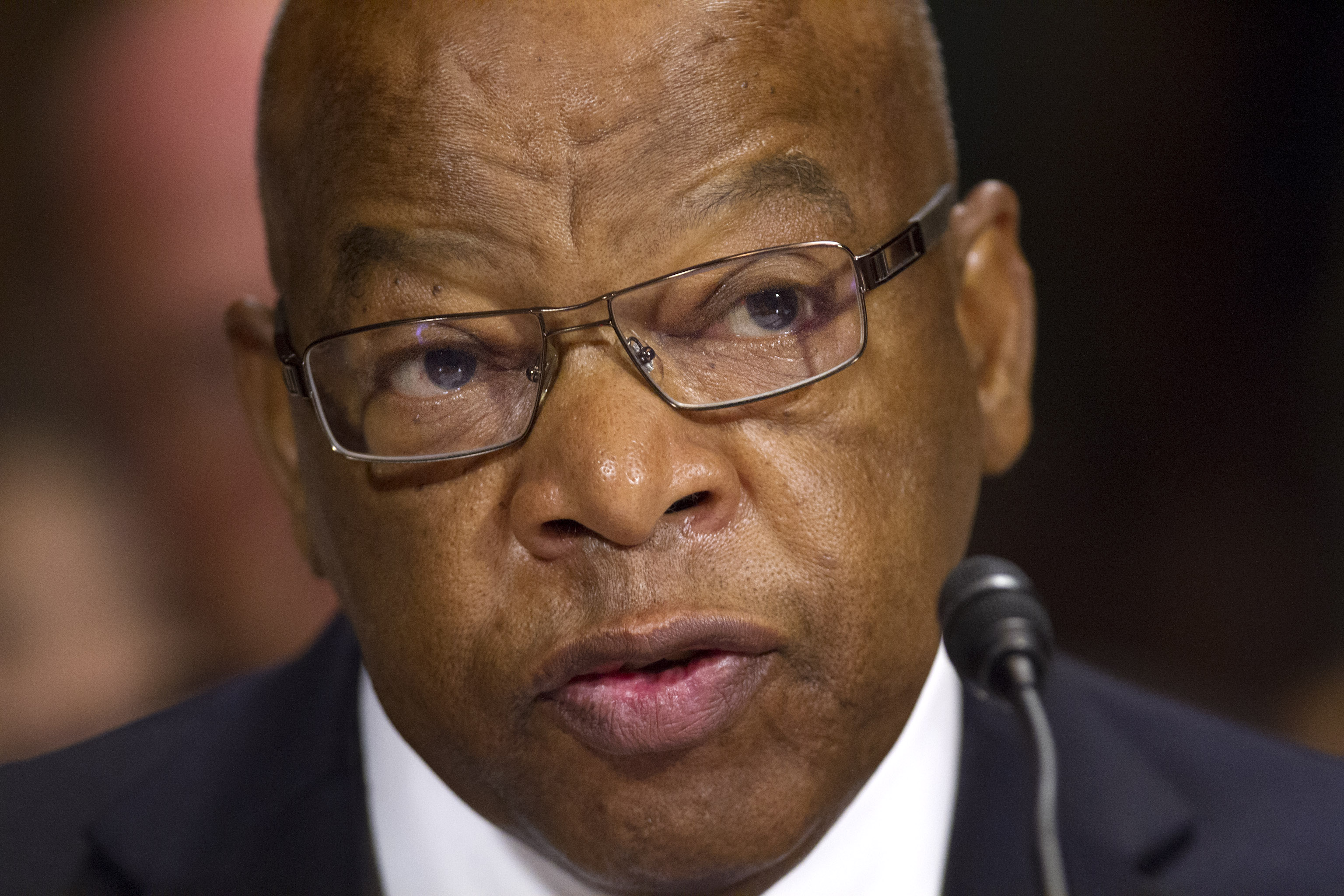 The Georgia congressman and civil rights icon who once marched beside Martin Luther King Jr. will find himself walking among a different congregation on Saturday.

Rep. John Lewis, D-Ga., the youngest speaker at the 1963 March on Washington, makes history again as the only sitting member of Congress to write a comic book. Between the fantastical creatures at Comic-Con, which bills itself as "the focal point for the world of comics conventions," Lewis will promote his autobiographical trilogy about the civil rights movement, "March."

"This story is about movement," Lewis told CBSNews.com. "It's about people moving from a place of segregation to a place of reconciliation. It shows how people can overcome and build a sense of community."

Lewis will retell the trilogy's first story at a Comic-Con presentation in San Diego. The tale chronicles Lewis' leadership in the 1965 march from Selma to Montgomery, Ala., later called "Bloody Sunday." Eight days after this protest, former President Lyndon Johnson sent the Voting Rights Act to Congress.

"People bled and some died to participate," Lewis told CBSNews.com. "I hope by reliving what happened and how it happened, people will connect with their representatives and let them know that they know something about the struggle to bring about the Voting Rights Act."

Andrew Aydin, an aide to Lewis, asked the congressman to write "March" while on his 2008 campaign. Others were teasing Aydin, then 24 years old, for a planned trip to Comic-Con when Lewis stood up for him, citing a 1958 comic book, "Martin Luther King and the Montgomery Story," as the cause of social change.

"It only took a week or two before he turned around to me and said, 'Ok, let's do it but only if you write it with me,'" Aydin told CBSNews.com. "That was the challenge he put on the table. And also the moment of faith, the moment of trust, where he saw something in me that I didn't even know I had."

The five-year project transformed the dynamic between the two, who spent free moments on nights and weekends talking about the highs and lows of Lewis' civil rights work. Though non-violent protests continue, the sentiment of "loving your attacker" has vanished, Aydin said.

"If we were arrested, we were taught go with pride and go with dignity, never to hate," Lewis said. "With young people and children reading the comic book, and teachers teaching about it, and librarians making the book available, I hope that another generation will emerge thinking this way."

When the Supreme Court struck down a section of the Voting Rights Act, the lessons Lewis learned from non-violent protest training, entwined in "March," continued their relevance, he said. They hold particular importance as young people have "lost the power and ability to affect social change nonviolently," Aydin said.

"Maybe this will inspire young people to make Congress do something, take to the streets and they can do this they can change our country," Aydin added. "And maybe, just maybe, a comic book or in this case a graphic novel can affect change as it did with the King novel."

It's Lewis' first time at Comic-Con, and Aydin's "dream come true" to present their comic book. Though he won't appear in costume as many of the convention-goers do, Aydin recommended Lewis wear a trench coat and back pack. It's the same outfit Lewis wore marching across the Edmund Pettus Bridge, as his character does in the first book.

"When I was a young child, growing up in rural Alabama it was two worlds, a white world and a black world," Lewis said. "Today, we're not there yet, but we are a great distance. We will create the beloved community."

"March" will be released on the fiftieth anniversary of the March on Washington next month.

Excerpts from "March," by John Lewis