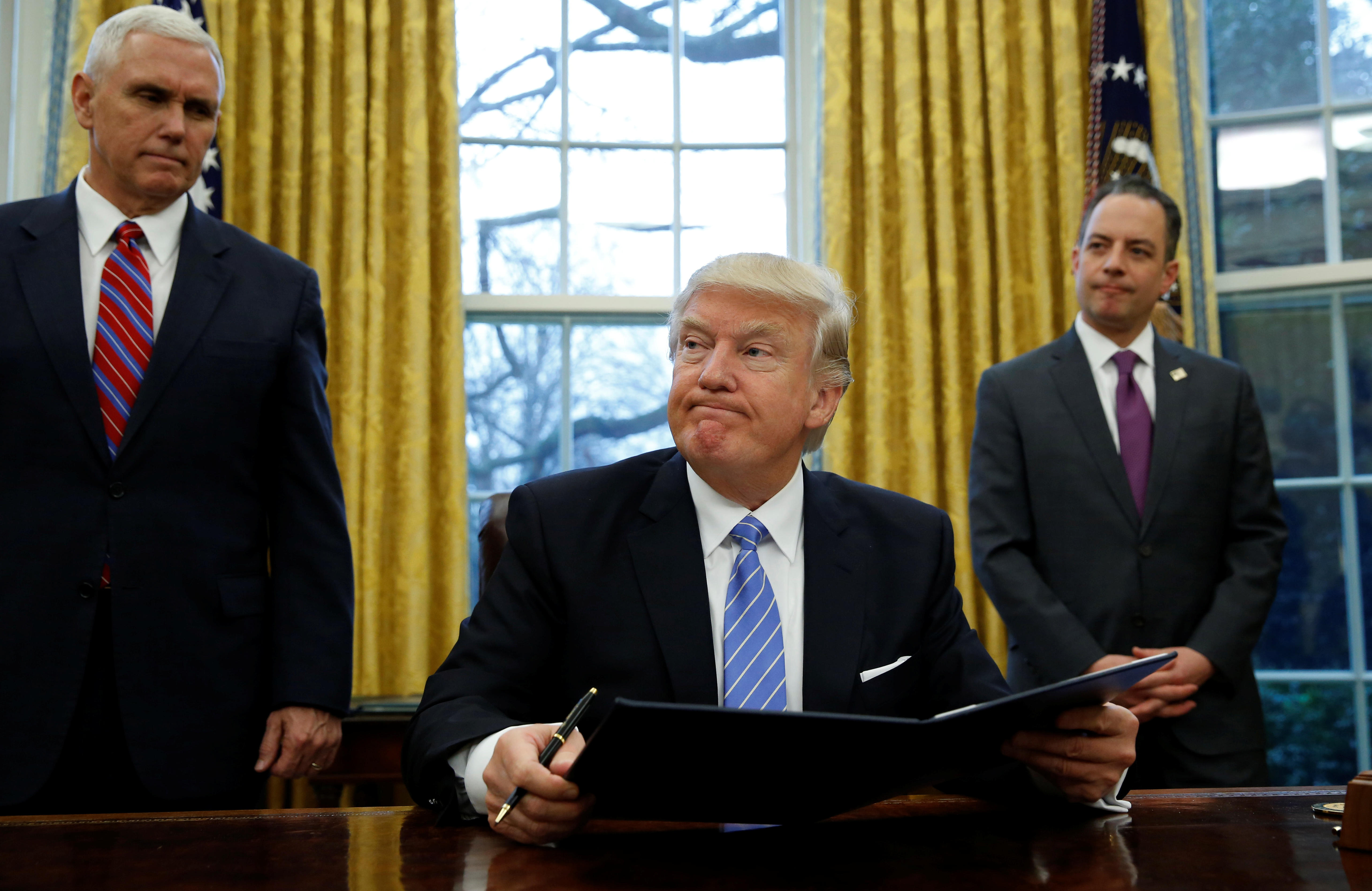 Among the three executive orders President Trump signed Monday was one reinstating the Mexico City Policy, which deals with non-governmental organizations (NGOs) and abortion access.

The Mexico City Policy was originally announced by President Reagan in 1984 and required nongovernmental organizations to agree as a condition of receiving any federal funding that they “would neither perform nor actively promote abortion as a method of family planning in other nations.”

The Reagan-era policy was named for the location of the U.N. conference on population where it was announced.

Abortion rights groups have long opposed the policy, and presidents have rescinded and restored it since 1984. Then-President Bill Clinton revoked it in January 1993 upon taking office because “these excessively broad anti-abortion conditions are unwarranted,” he wrote in his memorandum, adding that the policy had “undermined efforts to promote safe and efficacious family planning programs in foreign nations.”

“It is my conviction that taxpayer funds should not be used to pay for abortions or advocate or actively promote abortion, either here or abroad,” Bush’s statement read. “It is therefore my belief that the Mexico City Policy should be restored.”

And then Barack Obama rescinded it again in 2009, making the same argument as Clinton had.

Clinton and Bush signed their orders on Jan. 22, the anniversary of the 1973 landmark Roe v. Wade decision. Obama, however, waited until Jan. 23.