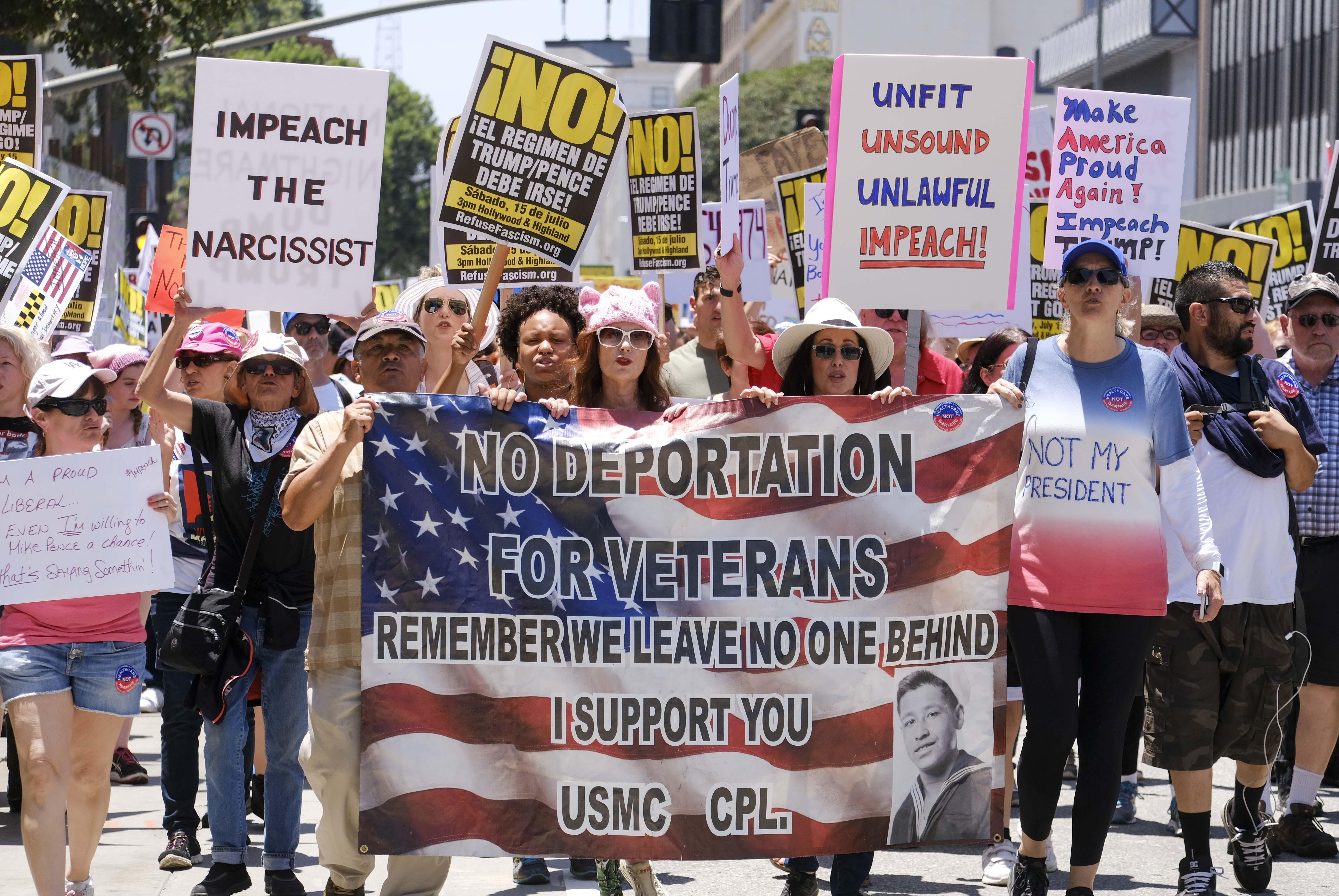 President Trump on Tuesday said "there is another side" to the violence in Charlottesville, specifically calling out the "alt-left."

What is the "alt-left"? Let's start with the basics.

It's the group Mr. Trump is partly blaming for the violence in Charlottesville, Virginia over the weekend. Except it's not really a group, and more of just an epithet that's gained currency in some conservative and liberal circles to describe leftists, particularly "Antifa" groups that sometimes skirmish with right-wing demonstrators.

The term "alt-right" was coined by the white supremacist Richard Spencer, who used it to describe people like himself. The alt-right is a loosely defined movement that rejects traditional conservatism and typically embraces a white supremacist viewpoint.

It is usually used to encompass far-right activists who reject the idea of racial egalitarianism and equality of the sexes. Some alt-right adherents, such as Spencer, also hope for the dissolution of the United States and the creation of an "ethnostate" for non-Jewish people of European heritage.

Mr. Trump's chief strategist Steve Bannon once said that the news website he used to run, Breitbart, was "the platform for the alt-right." But that was before internal disagreements within the alt-right created what some adherents call the "alt-light," which is less extreme in its views and tends to distance itself from the outright white supremacy of people like Spencer and David Duke, a former KKK leader. Both Spencer and Duke were present at the Charlottesville protests.

The alt-left, meanwhile, is a purely pejorative description. Few, if any, people on the left claim to be part of anything called the alt-left, as the term was created in an attempt to demean leftists and imply they are morally equivalent to the alt-right.

So who uses the term "alt-left"?

It grew out of the conservative media. In particular, Fox News host Sean Hannity, an outspoken supporter of Mr. Trump, frequently references the alt-left on Twitter.

But conservatives aren't the only ones talking about the alt-left. Some liberal commentators have employed the term as well when writing about left-wing activists and politicians. For example, an April article in New York magazine identified Vermont Sen. Bernie Sanders, French politician Jean-Luc Melenchon,, and British Labour Party leader Jeremy Corbyn as "evidence of an active contemporary 'alt-left.'"

Liberals and conservatives tend to use "alt-left" somewhat differently, however. Hannity will often use the term to describe mainstream liberals, while liberals sometimes use it to describe socialists, social democrats, and other far-left groups.

Was the "alt-left" at the Charlottesville protests, like Mr. Trump claimed?

The people who arrived to protest white supremacists at the rally were mostly clergy, students, and residents of Charlottesville, according to CBS News' Paula Reid. And the vast majority of them were unarmed, despite Mr. Trump's claims to the contrary.