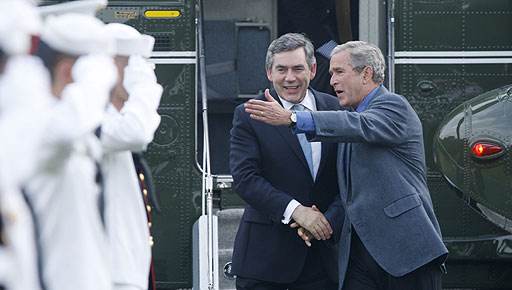 There's been an awful lot of talk over the past few days about the "material witnesses" arrested by law enforcement officials in connection with Tuesday's terrorist attacks. Even though we don't yet know their names, even though we don't yet know precisely what the cops want from them, it's important to understand what a "material witness" is and is not.

A "material witness" is more or less a suspect in a criminal investigation. Maybe not a prime suspect. Maybe not even a suspect against whom criminal charges ultimately will be filed. But a suspect who is important enough — "material" enough, if you will — to warrant being held in custody for a period of time. Usually, law enforcement officials will hold someone as a "material witness" when they are concerned that the person will flee their jurisdiction but don't yet have the goods on that person to actually charge him with a crime.

The "material witness" procedure is one way for the police to get their hands on someone right away, to get someone off the street immediately, and see where the particular investigation goes from there. Sometimes a material witness is charged with a crime as a result of that investigation. Right after the Oklahoma City bombing, for example, Terry Nichols initially was wanted as a "material witness" before he was later charged — and convicted — of various charges relating to that deadly attack.

And, sometimes, a material witness is simply interrogated and released. Those held in custody as "material witnesses" generally cannot be held for long periods of time without formal charges being filed against them. In other words, typically, law enforcement types have to quickly fish or cut bait on the witness before them — charge them with a crime or simply let them go.

In the present circumstances, however, I imagine that longer material witness "holds" may be permitted by judges or at least not objected to by them. Who is going to tell authorities in these scary times that they ought to release back into the population someone the feds think may have information about the worst crime in American history? And it seems to me that the longer any "material witness" is held in custody in this case, the greater chance there will be that the person will ultimately be charged.

When a material witness is going to be charged, it raises the issue of when the witness should be "Mirandized" under the Fourth Amendment. At some point during the interrogation, when law enforcement officials belive that they will charge the witness, he must be read his rights so that his constitutional protections are ensured. As you can imagine, the point at which this ought to occur has been the subject of countless disputes before criminal court judges and likely would be in this case as well.

And all of this is very different from the Immigration and Naturalization Service "holds" you've also probably been hearing a lot about since Tuesday. In those cases, the detainees may be held for longer periods of time because of their immigration status. It is less likely, but by no means impossible, that any of these INS detainees will be able to provide the type of "material" information about the attack on America that, say, the material witness now in custody may provide.