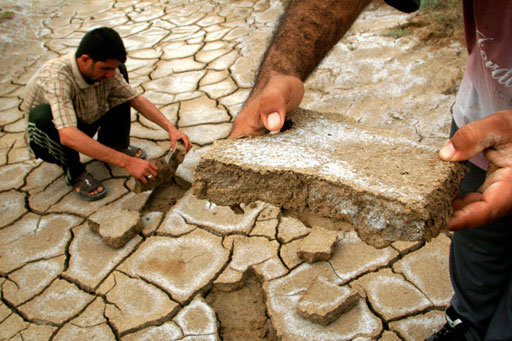 How much food at the supermarket is the product of gene splicing? Up to 70 percent of processed food in the American market contains products of genetic engineering, including soft drinks, catsup, potato chips, cookies, ice cream and corn flakes.

Genes are the building blocks of DNA, the blueprint of life. People have the same DNA as a redwood tree. The difference is in the genes. Each gene expresses a trait, say, tallness in the redwood or the brown eyes of a child.

Six years ago, science began plucking genes out of organisms and splicing them into food crops. Now, Americans are beginning to ask questions about genetic engineering: Is it healthy? In a story that first aire dthis spring, Scott Pelley investigates for 60 Minutes II.

Salmon are expected to be the first genetically engineered animal approved for consumption.

"It is not that existing salmon aren't OK," says Elliot Entis, who runs Aqua Bounty Farms that is producing the genetically engineered salmon. "They are. The problem is that we have to feed ever increasing numbers of people in the world today."

Within the first year of growth, a bio-engineered salmon is more than three times larger than a normal salmon. "They grow faster; they get to their full adult size in roughly half the time than they otherwise would," says Entis, who grew up in Boston sure that he would never go into the fish business like his father.

His super salmon were created by splicing in genetic material from two other fish, an ocean pout and a Pacific salmon. Entis says the result is a salmon just like any other except for its remarkable ability to grow. In the beginning, the expected growth rate was 25 percent; instead it was 400 percent. Enis says this is a miracle of science; with the genes of two fishes, he can feed a multitude.

Critics would say he is messing around in the genome and can't possibly predict all the outcomes.

"Well let me agree with some of my critics; we are indeed messing around with a genome," Entis says. "This is an old human tradition first started 10,000 years ago when we first began to cross-pollinate crops and breed mutant monsters like wheat, which is a hybrid of three separate grass species."

Of course, when farmers cross breed, the genome is changed over time. But when scientists do it in the laboratory, they are creating a new organism almost instantly.

Consumers have no idea how much science is changing our food, says Andrew Kimbrell, a lawyer for consumer advocate group The Center for Food Safety. "You're taking a gene from a foreign species - let's take a flounder gene, for example - and putting it into a tomato," he says. "This has actually happened."

"They want that tomato to grow at lower temperatures, and they want to be able to store it at freezing for a much longer time than they currently can," he explains.

The U.S. Department of Agriculture approved a field test to grow the tomatoes with the experimental gene "based on one identified in the winter flounder." The idea: The gene that keeps flounders from freezing in cold water would also keep0 the tomato fresh in freezing weather. The tomatoes were grown but never sold. Still, Kimbrell says the experiment shows that food is changing in unexpected ways.

"We're able to, though this technology, mix and match the genetic code of the entire living kingdom at will. We never had this power before," he says.

Among those trying to harness this power: Monsanto, the St. Louis-based food conglomerate.

Monsanto scientist Eric Sachs estimates that tens of thousands of new plants are are engineered each year in its greenhouses. After 100 years of making chemicals, Monsanto is betting its future on biotech and devoting a great deal of research to inventing new plants.

It has perfected a family of crops with a natural pesticide. Monsanto took a bacteria gene that kills insects and splice the gene into corn, potatoes and cotton.

With normal cotton exposed to boll worms, the worms feast. But Monsanto's bioengineered cotton is clean. When the insects bite, they die.

Bioengineered plants have been on the market for six years. The bug-killing corn and potatoes are in products you probably buy and eat every week. The bioengineered corn now makes up 25 percent of America's corn harvest.

Monsanto's Scottish chief operating officer, Hugh Grant, suggests some benefits: "There are millions of gallons of insecticides that hasn't been used since these crops were launched. Today there are hundreds of millions of acres of these crops grown not just here in the U.S. but increasingly around the world," Grant says.

At Monsanto new plants are created with a very simple trick: Using a chemical, Monsanto workers clip out the gene they want to use. Then that new gene is carried into the plant's DNA by bacteria that naturally invade plant cells.

But there is much less certainty overseas. Europeans have widely protested biotech food. Many grocery stores and restaurants refuse to sell it. In Japan, protestors raise concerns that biotech corn pollen poisons butterflies, a possibility the U.S. EPA calls a minimal concern.

Arpad Pusztai, 70, a respected Hungarian biochemist, poses a challenge to the flowering ambition of the biotech industry. He says genetically modified food has moved into the marketplace far too quickly. Pusztai is still lecturing audiences about his three-year project, which was funded by the British government, where he fed rats normal potatoes and bioengineered ones. Pusztai says the rats that ate the genetically engineered potatoes suffered unusual thickening of the lining of the stomach and intestine and a weakening of the immune system. Part of his work was published by The Lancet.

Some scientists have criticized Pustai's methods. No one has tried to repeat the potato experiment so it remains controversial. Many other scientists, however, have done experiments indicating biotech food is safe.

We don't know the consequences of genetically modified food, Pusztai says. "The effect will be long-term effects," Pusztai says. "The best example - and many people are saying this - it's like smoking. You smoke a cigarette; you don't drop dead, but you do develop real problems in 20 to 30 years time."

"We are convinced that the foods that are out there are safe for consumers," says James Maryanski, who oversees biotechnology at the U.S. Food and Drug Administration, the federal agency that polices food safety. He acknowledges that there are no long-term human health safety tests required for these foods "because these are foods that we are real familiar with. These are crops, soy beans, corn, potatoes. We know a lot about those and have a lot of experience with them."

The FDA generally considers gene-spliced plants to be the same as the original.

But up until now, in the 10,000 years of agriculture, nature has imposed rules. You can't cross a tomato with a flounder in nature. And now humans are breaking all those rules.

"They are putting pieces of DNA, which is the same in all organisms, together," Maryanski says. "And it turns out that the genes function in the plant the same as they function in the source that they were derived from."

Yet the federal track record on biotech safety is less than perfect. Last fall, 300 corn products were pulled from supermarkets because they might have been contaminated with a bioengineered corn not approved for humans to eat.

The EPA had approved the corn, known as StarLink, for animal consumption. Despite worries that the genetic modification could cause allergies in people, America's vast agriculture system couldn't keep StarLink separate.

The United States has eight different agencies regulating biotechnology under 12 different laws, Kimbrell says, noting that none were passed with biotechnology in mind. These laws are 30, 40 and even 50 years old when biotechnology wasn't invented yet. "It's really not in the best interest of the consumer or the industry," he says.

Kimbrell wants mandatory labeling of bioengineered products as is required in many European countries.

"Labeling is very difficult," Maryanski says. "Under the current law, we don't have authority that's broad to require labeling simply because consumers would like to have that information." Right now there may be no plans to require labeling.

But genetically engineered food will only become mre prevalent. A robot in Monsanto's lab is testing candidates for genetic modification, 500 a day. In a few years, dozens of genes will be spliced into a plant to add vitamins, make healthier oils and increase the harvest, according to Monsanto's Grant.

"The world that our children will live in is going to be a very different world than the world we live in today. The population will probably double, and most people agree on that. The change will occur, the big question that emerges is how do you feed twice as many people?" Grant says.

Entis says bioengineering is not an ethical issue. "Is there an ethical question that's involved with moving a gene from a flounder to a tomato? No. I don't believe that there is an ethical one because...most of our genes are shared between organisms," Entis says.

The FDA is now reviewing Entis' super salmon. Approval is expected in two years. Entis believes shoppers will accept them.

"I take a look at what happens in grocery stores, and I don't see the stampede away from genetically modified food," Entis says.

"People do have a general understanding that much of their food is genetically modified," Entis says. "Chicken Little has got all these warnings about the sky falling because of genetic modification....It's been 10 years, and the sky hasn't fallen."