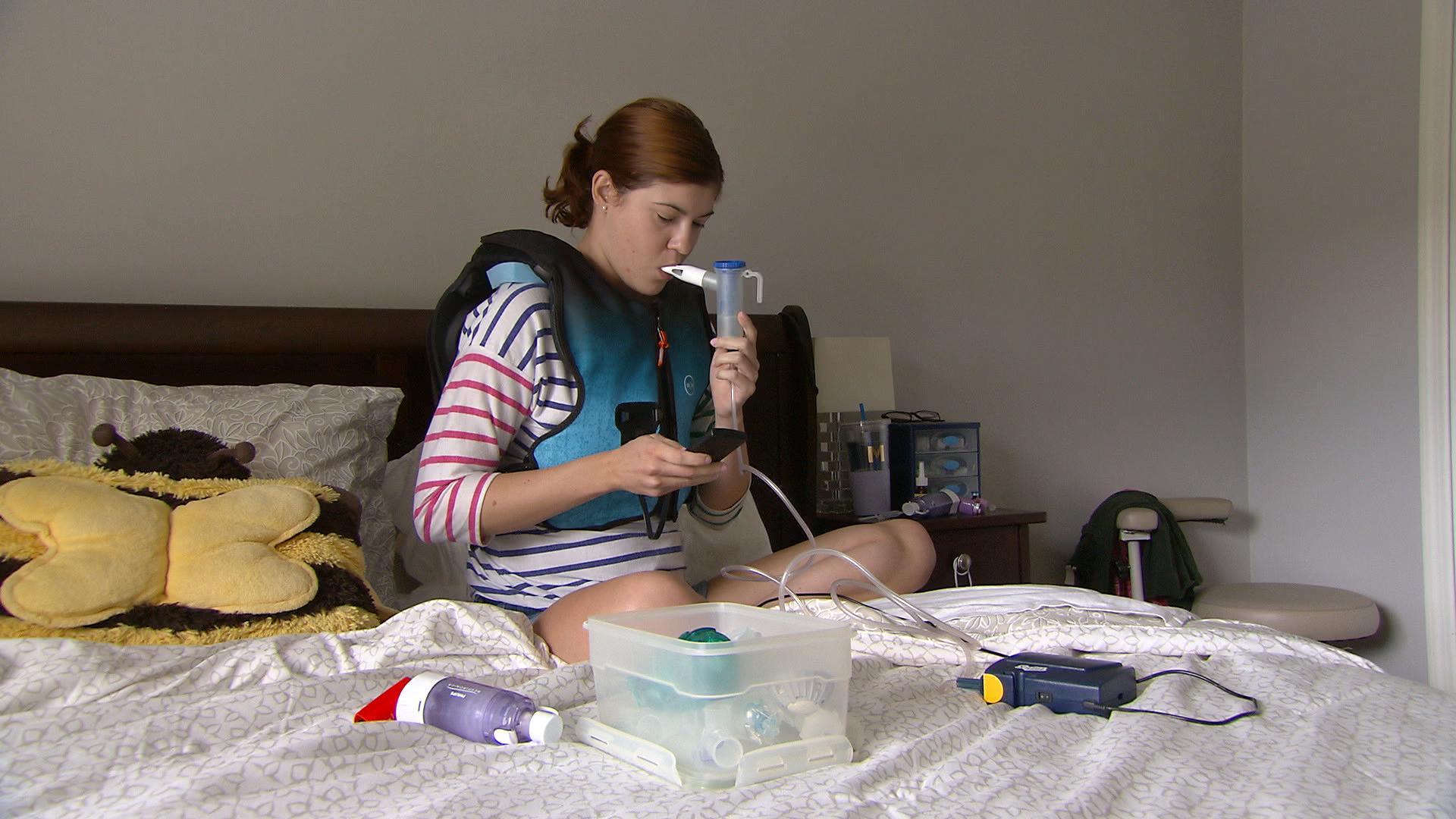 Megan Willis lives with cystic fibrosis, a deadly disease that causes extensive lung damage. The 22-year-old said she spends around six hours a day administering medications and therapy, and that the disease frequently causes infections and other complications.

With the condition, Willis qualified as a disabled adult for Social Security benefits on living expenses. About 10 million other Americans too disabled for work also get the stipend, called Disability Insurance. More importantly, having Social Security gave Willis access to Medicaid, which paid her annual health care costs of over $100,000.

But in March, Social Security sent her a letter saying her health had improved since the last review of her case and that she was able to work. This was news to Willis.

"My health has only gotten worse in the past year," Willis told CBS News chief medical correspondent Dr. Jon LaPook.

Despite that, her Social Security benefits were terminated and she lost Medicaid. Since she lives in Florida, one of 14 states without expanded Medicaid, she had no other way to get it. Her family can't afford private insurance.

While the medical bills mounted, she began law school.

"I don't want to just stay stagnant and you know, depressed, looking at the four walls of my room," Willis said. "I want to move up in the world even if you know it's going to be hard."

Willis also contacted attorney Beth Sufian, who runs the Cystic Fibrosis Legal Hotline and has cystic fibrosis herself. Sufian said, "We've seen a five-times increase in the number of people with cystic fibrosis that have been reviewed in the past 18 months. And we think that Social Security is targeting young people with chronic illness in an effort to reduce the number of people getting benefits."

By law, disability claims are periodically reviewed to see if recipients are still eligible for benefits. Over the last decade, to combat a backlog, full medical reviews quadrupled to an expected 900,000 this year.

"It really is a life or death situation for all of our clients when they lose their benefits," Sufian said.

In Willis' case, Social Security ultimately reconsidered and she was able to get back on disability in November. She was hospitalized around Thanksgiving, and Medicaid kicked in and the bills were covered, her mother Wendy said.

But Willis's lawyer still has about 200 pending cases of people with cystic fibrosis who are first getting reviewed and those who are appealing.