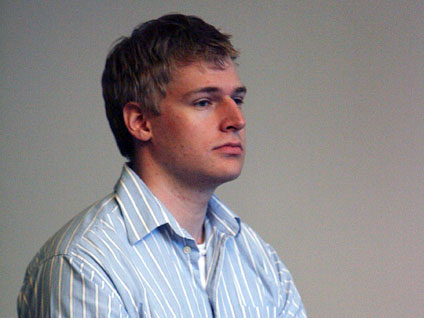 BOSTON (CBS) Whatever happened to Philip Markoff, the young, blond Boston University medical student who was dubbed the Craigslist Killer?

The public hasn't seen or heard from Markoff since he was indicted for the murder of New York aspiring model Julissa Brisman, and the robbery of another woman, nearly a year ago. The last time anyone caught a glimpse of him was June 2009, and now the trial most likely will not take place until January 2011.

Since then, court dates in his case have come and gone but Markoff never shows up....and that is by design. His canny lawyer, John Salsberg, one of the finest defense lawyers in Boston, has purposely kept Markoff out of sight. The reason is clear: Salsberg is trying to tamp down publicity in the case and has decried leaks from law enforcement.

Every hearing, no matter how small, has been attended by members of the press and at least one camera crew. By keeping Markoff out of court, Salsberg has successfully kept Markoff out of the public's mind. The lawyer knows that if Markoff were to show up, Markoff's face would be plastered on that night's evening news and, depending on how he looks at this stage if he grew a beard or lost or gained an inordinate amount of weight - maybe even on the front page.

Because Markoff never appears, the most the press does is run a small brief or carry a small mention on that night's newscast.

From working on the case and writing a book on the case, "Seven Days of Rage," I know that Markoff is acclimating to life at the Nashua Street jail, and that his one-time finance Megan McAlister has left the states to go to medical school in St. Kitts.

Now another book on the case - "A Date with Death" by radio talk show host Michele McPhee - claims that although Markoff has tried to kill himself three times while in custody, most of his time in jail is spent gambling with other inmates and making homemade liquor out of rotten fruit!

A couple of more trial dates are scheduled for this summer but Salsberg has indicated he will hew to his policy of trying to keep Markoff out of sight on those upcoming dates.

Paul LaRosa, who reported this story, is an investigative producer for 48 Hours | Mystery.

MORE ON CRIMESIDER
Complete Coverage of the Craigslist Murder