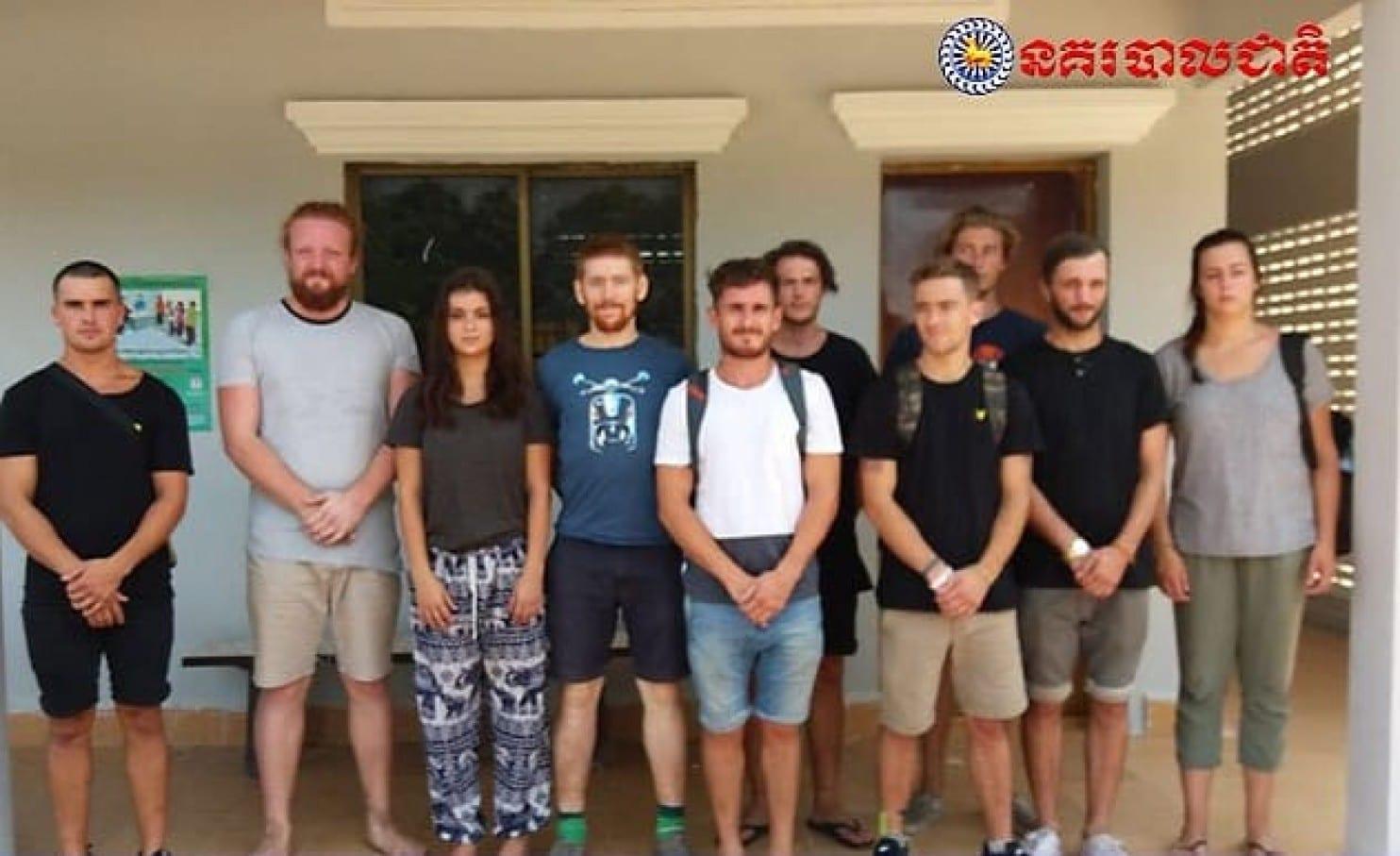 PHNOM PENH, Cambodia -- Seven Westerners arrested last month for allegedly posting "pornographic" photos on social media of themselves engaged in sexually suggestive dancing have been deported from Cambodia, a court official said Monday. Yim Srang, a court spokesman in the northwestern province of Siem Reap, said the court decided that the seven -- who were freed on bail last week -- could no longer stay in Cambodia.

Ten young Westerners -- five from the United Kingdom, two from Canada, and one each from Norway, the Netherlands and New Zealand -- were detained when police raided a commercially organized party at a rented villa in Siem Reap town and found people dancing by a swimming pool at an event described as a pub crawl. Siem Reap is near the famous Angkor Wat temple complex. Three of the 10 considered organizers of the event were denied bail.

Police said those caught in the raid had been "dancing pornographically" and offended Cambodian standards of morality. Offenders face up to a year in jail if convicted of posting allegedly pornographic photos.

Ouch Sopheaktra, one of the group's lawyers, said the seven Westerners left Cambodia from Wednesday through Friday last week. He said no money had been deposited for their release on bail. Charges against them remain active, however.

"The seven have been ordered to leave Cambodia temporarily and now they have already arrived in their home countries," Ouch Sopheaktra said.

The only women among the 10 detained people, Canadians Eden Kazoleas and Jessica Drolet, arrived by plane in Toronto on Friday night, and spoke briefly to the press.

"I'm very happy to be home, I'm grateful to be in Canada," said Kazoleas, a 19-year-old from Alberta. "I look forward to seeing my family and my parents, who have done absolutely everything they could to bring me home."

Kazoleas thanked Cambodian authorities for their "understanding" during the incident.

"I did not know, nor did I think attending a pool party would be offensive in Cambodian culture," Kazoleas said. "I apologize to anyone who thinks it was, but ... when I attended the party I was not taking part in any pornographic dancing or anything the media suggests I was doing and I am very disappointed in the way I was represented."

The two women said they were happy to have each other's company during the ordeal.

"I was lucky to have Jessica in there with me," Kazoleas said. "As much as I wish she didn't have to go through it, I couldn't have done it without her."

It is not the first time young travelers have gotten in hot water in Cambodia. In recent years there has been a flurry of tourists who posed nude or semi-naked for photos at landmarks, including ancient temple sites, then posted the pictures on the internet. When caught, they have been expelled from the country.