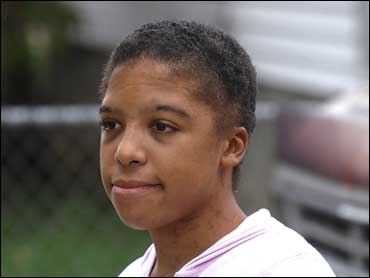 Megan Williams thought she was going to a party.

That's why she tagged along with a woman she hardly knew, up a remote southern West Virginia hollow to a run-down trailer surrounded by beer cans and broken-down furniture.

"But there wasn't no party," Williams said. "I realized I'd made a bad mistake."

For at least a week, authorities say, the 20-year-old black woman was kept captive in a shed, tortured, beaten, forced to eat rat, dog and human feces, and raped by six white men and women who taunted her with racial slurs.

"They just kept saying 'This is what we do to niggers down here,'" Williams told The Associated Press in one of her most extensive interviews since the shocking case made national headlines last month.

Seated in a rocking chair in her mother's living room, about 50 miles from that shed, the slight woman with cocoa-colored skin says she was hopelessly outnumbered by people who just wanted to hurt a black person.

West Virginia does not have a death penalty, but the six suspects could spend the rest of their lives in prison if convicted of rape and kidnapping charges.

Still, Williams and her family want more. They want the case prosecuted as a hate crime, something authorities have so far stopped short of doing.

A coalition of civil rights organizations and black leaders are now uniting behind the Williams family, organizing a hate-crime awareness march for Nov. 3 in Charleston in hopes of pressuring prosecutors to act.

Prosecutors have backed off state hate-crime charges, saying they only carry an additional 10-year maximum penalty and could complicate their case. For one, hate crimes typically involve strangers, and Williams knew one of the suspects. She filed a charge of domestic assault against him in July.

Williams has been advised not to discuss anything about her prior dealings with the suspects, or the more graphic details of her experience.

But when Williams does detail her alleged torture, it comes in fits. Horrifying, disjointed memories of all that she allegedly endured spill forth while she fidgets and frowns.

"They braided some switches together and beat me across the back," she said.

"They tore my clothes off of me and everything, and then they took me up to the lake and they said that was the place they were going to cut my throat and throw me in," she said.

Williams looks off into the distance at the end of each recollection. She often falls quiet, reverting to yes and no answers, each response softly punctuated with "ma'am."

At times, she reaches up to touch her scalp, where her hair was cut off and yanked out during her ordeal.

Megan's adoptive mother, Carmen Williams, said her daughter is "not at full capacity" mentally and easily trusted others.

"She's a little slow, so it's kinda hard for her to comprehend sometimes," she said. "So I think that played a big part in it."

Suspects in the case have outlined a series of sexual crimes.

"They said I was never going to see my family again," Megan Williams said.

It was that fear that led her to cut her duct-tape constraints with a knife she had hidden away. She then hung her tiny arms out of the small window of the shed she was kept in, yelling for help.

Williams says "a guy named Eddie" heard her calls, and she believes he called for help. Within hours, deputies responded to an anonymous tip, and came to the Brewster trailer asking for Williams by name.

She has no doubt that if the police hadn't shown up, she would be dead.

Memories of the captivity haunt Williams in the form of terrifying dreams.

"Every time I close my eyes all I see is that knife. The one they kept stabbing me and stabbing me with," she said. "I was screaming, I was crying and they were kicking me."

Large scabs cover her left leg, where her ankle was cut and her thigh was stabbed three times, and she still walks with a slight limp.

She has received hundreds of cards and gifts from as far away as Iraq. She hopes to use donations to her trust fund to obtain her GED and attend college. She speaks of becoming a nurse's assistant.

She is slowly gaining weight, and her face lights up when asked about her favorite food.

"Ribs, from Save-a-Lot," she says, grinning. Then she looks to her mother and laughs.