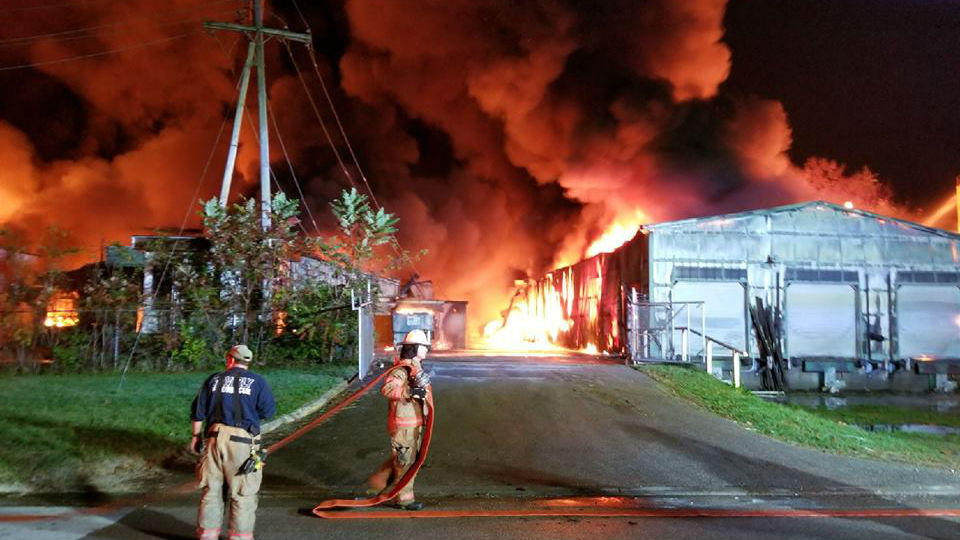 PARKERSBURG, W.Va. -- West Virginia Gov. Jim Justice declared a state of emergency in a county where a fire at an old warehouse continued to smolder Monday.

The governor said in a news release that poor air quality around the former Ames plant in Parkersburg contributed to the declaration, which allows essential emergency resources to continue without interruption in battling the fire.

The declaration will run for 30 days unless Justice terminates or extends it.

The main fire at the 420,000-square-foot warehouse was extinguished Saturday. Rainfall on Monday helped with other hot spots although the smoke intensified Monday and remained close to the ground.

The plant, which closed in 2005, was being used to store recyclable plastics. Residents near the plant were urged to remain indoors if possible. Public schools in Wood County were closed due to smoke concerns.

No injuries were reported, although Camden Clark Hospital spokesman Roger Lockhart says a few people sought treatment for breathing issues due to the smoke.