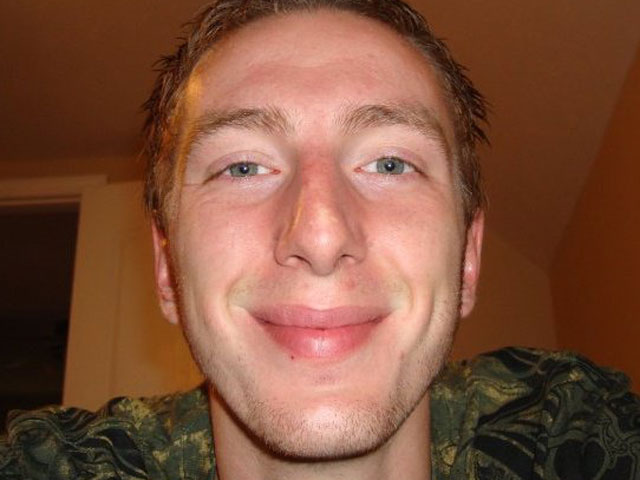 (CBS/WVNS/AP) MORGANTOWN, W.Va. - Shayne Riggleman, a 22-year-old man suspected of shooting five people to death Monday in their rural West Virginia home and then killing himself during a police chase, had served 14 months for armed robbery at a state prison for young offenders, corrections officials said Wednesday.

Riggleman is also suspected of running down an elderly woman in neighboring Pennsylvania after fleeing the  shooting, then wounding a gas station attendant as he crossed back through West Virginia. He took his own life on a roadside in Kentucky.

The 22-year-old had a criminal past and was sentenced to the Anthony Correctional Center in December 2008 for an armed robbery in Monongalia County, where Morgantown is located, according to West Virginia Division of Corrections spokeswoman Susan Harding.

According to Harding, Riggleman began serving time at White Sulphur Springs prison for offenders ages 18 to 24 in January 2009 and was released in March 2010.

It was unclear if Riggleman was still on probation when he allegedly shot the victims near Morgantown on Monday, Harding said.

Raber lived in the house, but State Police Capt. James Merrill would not otherwise elaborate on his relationship to the other victims.

Richardson said he didn't recognize Riggleman's name or know of his connection to the family.

Troopers had been asked to check on the family around 5:30 p.m. after they received a call from a female friend of Riggleman's who grew concerned after he traveled to see her in Pennsylvania. Police arrived an hour after the call. They found two bodies in the kitchen and one in the living room once they reached the home at the end of a deeply rutted dirt drive.

After troopers secured the site, they determined the shooter was no longer inside and found two more bodies in a bathroom after searching further, officials said.

Authorities said Riggleman apparently shot the victims around 3:30 or 4:30 p.m. Monday, then drove about 20 miles to Fairchance, Pa., and met with the friend who called the police.

After leaving the woman around 5:30 p.m., police say, Riggleman crashed into another vehicle near Fairchance and then ran down the elderly female driver as she got out of her car to exchange information. Authorities did not identify that victim but said she was seriously injured.

Nichols, who was in critical condition, is expected to survive.

Riggleman continued south into Lewis County, Ky., where a deputy tried to pull him over for reckless driving.

The deputy chased the driver until he pulled over about a half-mile down the road. The deputy found Riggleman with a self-inflicted gunshot wound, Lewis County Sheriff Johnny Bivens said.

Merrill said Kentucky authorities found three weapons in a silver Jeep that Riggleman had taken from the Richardson home - a high-powered rifle, a second rifle and a .22-caliber handgun.

Authorities searched Riggleman's Morgantown apartment and were studying his Facebook page. A string of wall posts from the past week seem to hint at a troubled relationship.

"There is a direct correlation between the amount of love you have for someone and how crazy you go when you lose them," reads one.

Mandy Northrup, Riggleman's friend, said he broke up with his girlfriend about a month ago.

His last Facebook post Monday 4 p.m. said: "Why wouldn't they let me join the military? I'm fully capable, and there was no career for me."