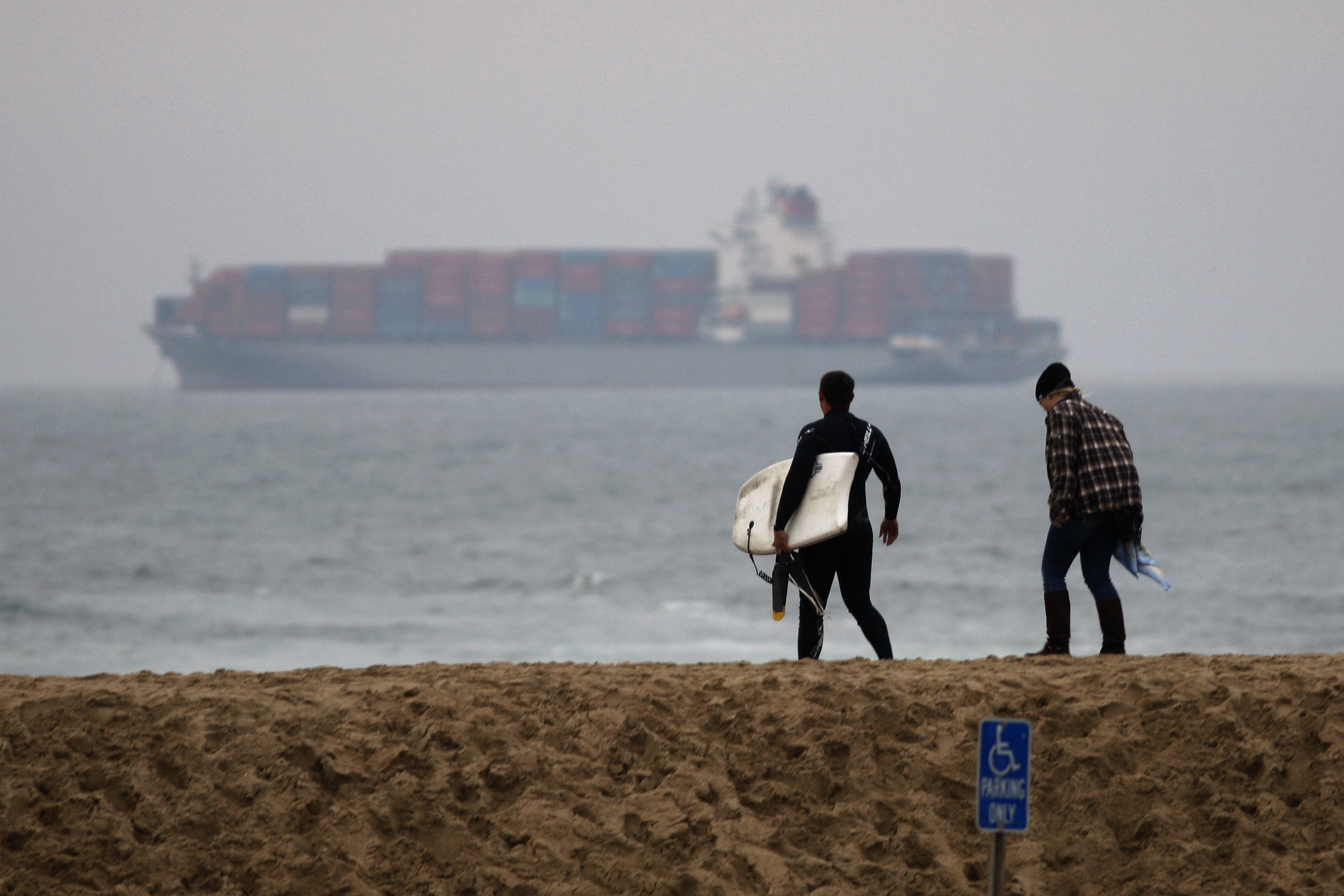 LOS ANGELES -- Seaports in major West Coast cities that normally are abuzz with the sound of commerce are falling unusually quiet.

Companies that operate marine terminals said they weren't calling workers to unload ships Thursday that carry car parts, furniture, clothing, electronics - just about anything made in Asia and destined for U.S. consumers. Containers of U.S. exports won't get loaded either.

The partial lockout is the result of an increasingly damaging labor dispute between dockworkers' and their employers.

The two sides have been negotiating a new contract, and paralysis at the bargaining table is all but paralyzing 29 ports that handle about one-quarter of U.S. international trade - around $1 trillion worth of cargo annually.

The 15 ships scheduled to arrive Thursday at the ports of Los Angeles and Long Beach, by far the nation's largest complex, will join a trail of about 20 others anchored off the coast, awaiting berths at the docks to clear. There are clusters of ships outside the ports of Oakland, and Seattle and Tacoma in Washington.

The Southern California slots weren't opening Thursday. The ships occupying them were being idled because companies that operate marine terminals did not call dockworkers to operate the towering cranes which hoist containers of cargo on and off ships.

The berths won't clear Saturday, Sunday or Monday either. One each of the four days, dockworkers would get bonus pay - they are presidents' day holidays or weekends - and employers refuse to pay extra to longshoremen who have slowed their work rate as a pressure tactic, said Steve Getzug, a spokesman for the Pacific Maritime Association, which is bargaining on behalf of terminal operators and shipping companies.

Employers could still hire smaller crews that would focus on moving containers already clogging dockside yards onto trucks or trains in an effort to free space amid historically bad levels of congestion. Full crews would still service military and cruise ships, and any cargo ships bound for Hawaii.

But both are small operations compared to working container ships that are as long as some skyscrapers are tall.

Cargo has been struggling for months to cross the troubled West Coast waterfront. Containers that used to take two or three days to hit the highway have been taking a week or more, causing disruptions.

The maritime association blames the crisis on longshoremen they say have staged work slowdowns since November; dockworkers deny slowing down and say cargo is moving slowly for reasons they do not control, including a shortage of truck beds to take containers to retailers' distribution warehouses. In recent days, the International Longshore and Warehouse Union said companies are exaggerating the extent of congestion so they can cut dockworker shifts and pressure negotiators into a contract agreement.

The last contract bargaining session was Friday, nearly a week ago. Negotiations were to resume Wednesday in San Francisco, but were canceled despite heavy - and increasing - pressure from elected officials and businesses to reach a deal. The two sides rescheduled for Thursday.

Talks have stalled over how to arbitrate future workplace disputes. Some of the biggest issues, including health care, have been resolved with tentative agreements.

In response to employers' decision to limit work crews, announced Wednesday, the union noted that longshoremen also were not hired to load or unload vessels last weekend.

"The union is standing by ready to negotiate, as we have been for the past several days," union President Robert McEllrath said in a written statement. He suggested the maritime association is "trying to sabotage negotiations."

On Monday, Robyn Boerstling with the National Association of Manufacturers told CBS radio station KNX 1070 that her group was losing patience with both sides.

"Both parties really have to recognize that their inability to reach an agreement is really hurting our nation's competitiveness," said Boerstling. "It's really time for them to step out of the fighting and think about the big picture for the good of the country."