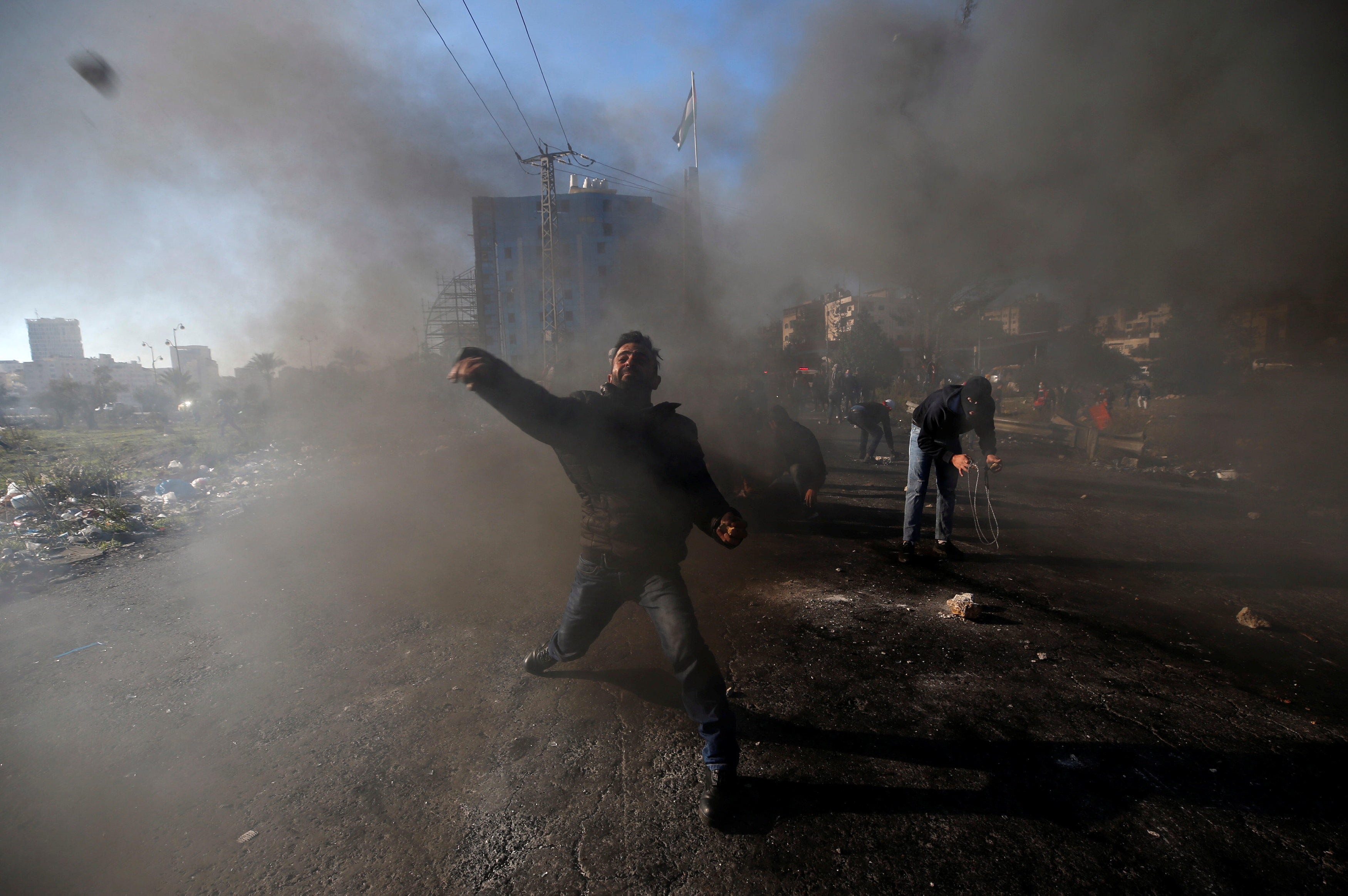 Hundreds of Palestinians clashed with Israeli forces in the West Bank and Gaza on Friday in protests which were part of a so-called "Day of Rage" over U.S. President Donald Trump's decision to recognize Jerusalem as the capital of Israel. Dozens were wounded in skirmishes, and at least one Palestinian was killed in Gaza, according to the French news agency AFP.

Demonstrators were furious with the United States for, in their view, unilaterally siding with Israel, CBS News correspondent Seth Doane reports.

Bracing for violence, hundreds of additional Israeli security forces were deployed early Friday morning, while the faithful of all ages, including young men, were allowed into the al-Aqsa mosque in Jerusalem's Old City. One of the holiest sites for Muslims, the mosque is at the heart of the controversy over President Trump's decision, Doane reports.

Across the region, protesters filled streets in Egypt, Jordan, and in Turkey, where signs read, "Jerusalem belongs to Islam." In Pakistan, both U.S. and Israeli flags were burned.

In Gaza City overnight, protesters set fire to a symbolic casket with a picture of President Trump, and elsewhere, a poster of the U.S. president was laid in a roadway for vehicles to drive over.

But clashes with police sparked earlier in the week in Bethelem, Doane reports, where he met 21-year-old university student Nasri Qumsieh.

"We are looking forward that the America is the country that will make peace here – this is how we used to look at America," Qumseih told CBS News.

"He is keeping his promise in the campaign and for us, in Jerusalem. It's a major, important milestone in our current future and in the future, and I thank him for that," Barkat said.

People were waiting to see if Friday's "Day of Rage" would mark an end to this cycle of protests, Doane reports, or if a new intifada was indeed on its way.

At the United Nations on Friday, U.S. Ambassador Nikki Haley said the U.S. still has credibility as a mediator with Israel and Palestinians following President Trump's decision. However, she said the U.N. has damaged the prospects for peace in the Middle East.

"The United States has credibility with both sides. Israel will never be, and should never be, bullied into an agreement by the United Nations, or by any collection of countries that have proven their disregard for Israel's security," Haley told the U.N. Security Council.

Meanwhile, U.S. Secretary of State Rex Tillerson said Friday that it would likely be several years before the United States opened an embassy in Jerusalem.

He said it would "take some time" to acquire a site for the embassy, develop building and construction plans, obtain authorizations from the Israeli government, and actually build the embassy.

He said Trump's recognition of the city as Israel's capital "did not indicate any final status for Jerusalem," and that the United States was making clear that Jerusalem's borders would be left to Israelis and Palestinians to "negotiate and decide."