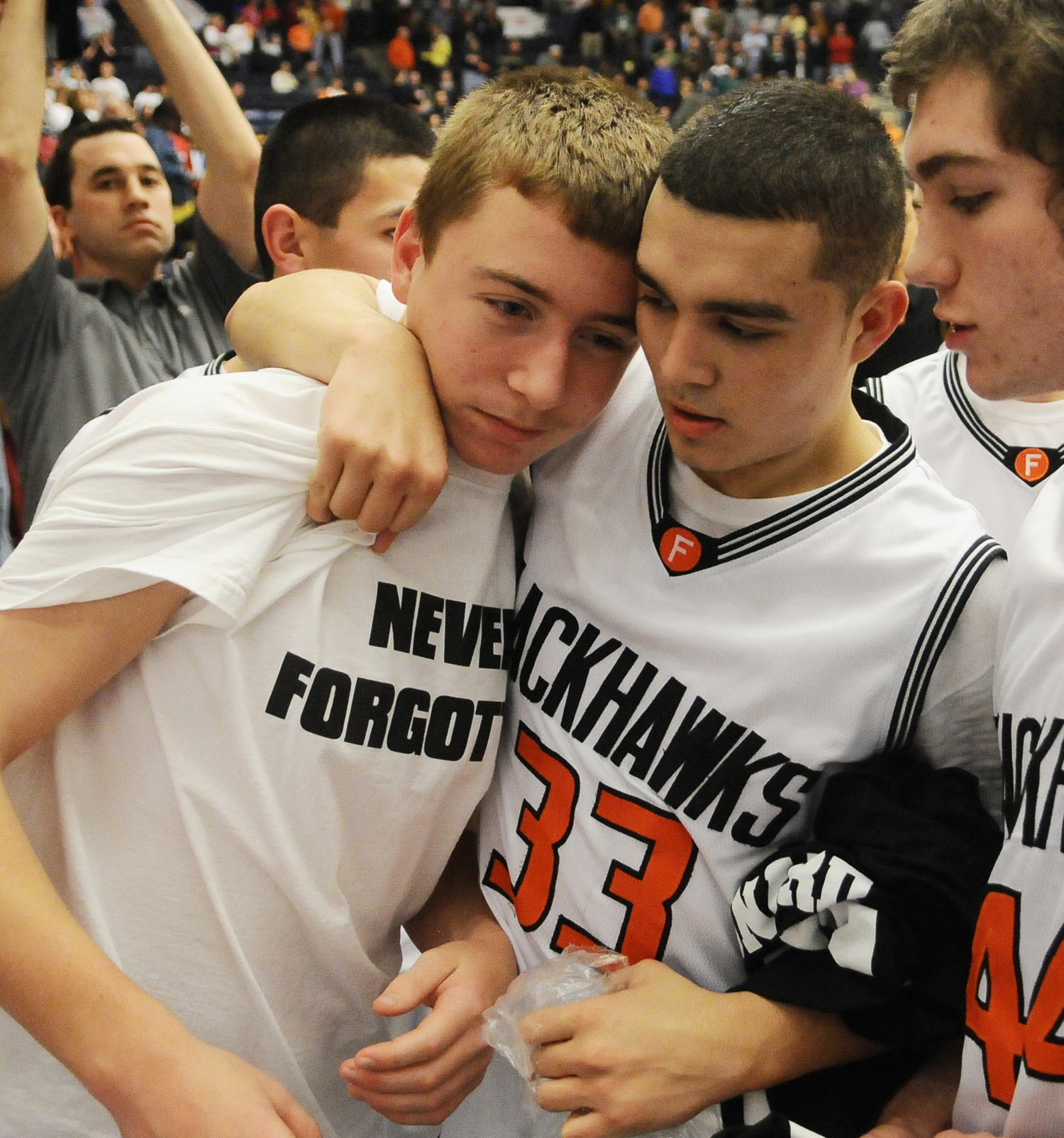 HOLLAND, Mich. - A Michigan high school basketball team advanced to its district championship on Wednesday by winning a second state tournament game since one of its star players collapsed on the court after scoring a winning basket and died.

It's been an emotionally trying week for Fennville. Wes Leonard, a junior starter, was laid to rest Tuesday after dying of a heart-related issue after scoring the winning basket in the team's regular-season finale last week to seal a perfect pre-tournament record.

Leonard's death and his teammate's tournament run have gripped the community and led to Fennville's first two games being moved to Hope College' DeVos Fieldhouse in Holland to accommodate large crowds.

"I honestly with all my heart think it was six against five tonight," Bangor coach Rocky Johnson said.

Fennville coach Ryan Klingler said he knows Leonard's spirit is with the team.

"He's going to be an angel to us, and when these guys are done, he will be somewhere close to their hearts," Klingler said. "That's the legacy he is leaving."

Xavier Grigg replaced Leonard in the starting lineup and made four 3-pointers in Wednesday's victory, scoring a game-high 25 points.

Fennville (22-0) also got 13 points from Pete Alfaro and 10 each from Reid Sexton and DeMarcus McGee. Bangor (14-7) was led by Jimal Valentine, his team's only player in double digits with 23 points.

Friday's Fennville-Covert game also will be at DeVos Fieldhouse.