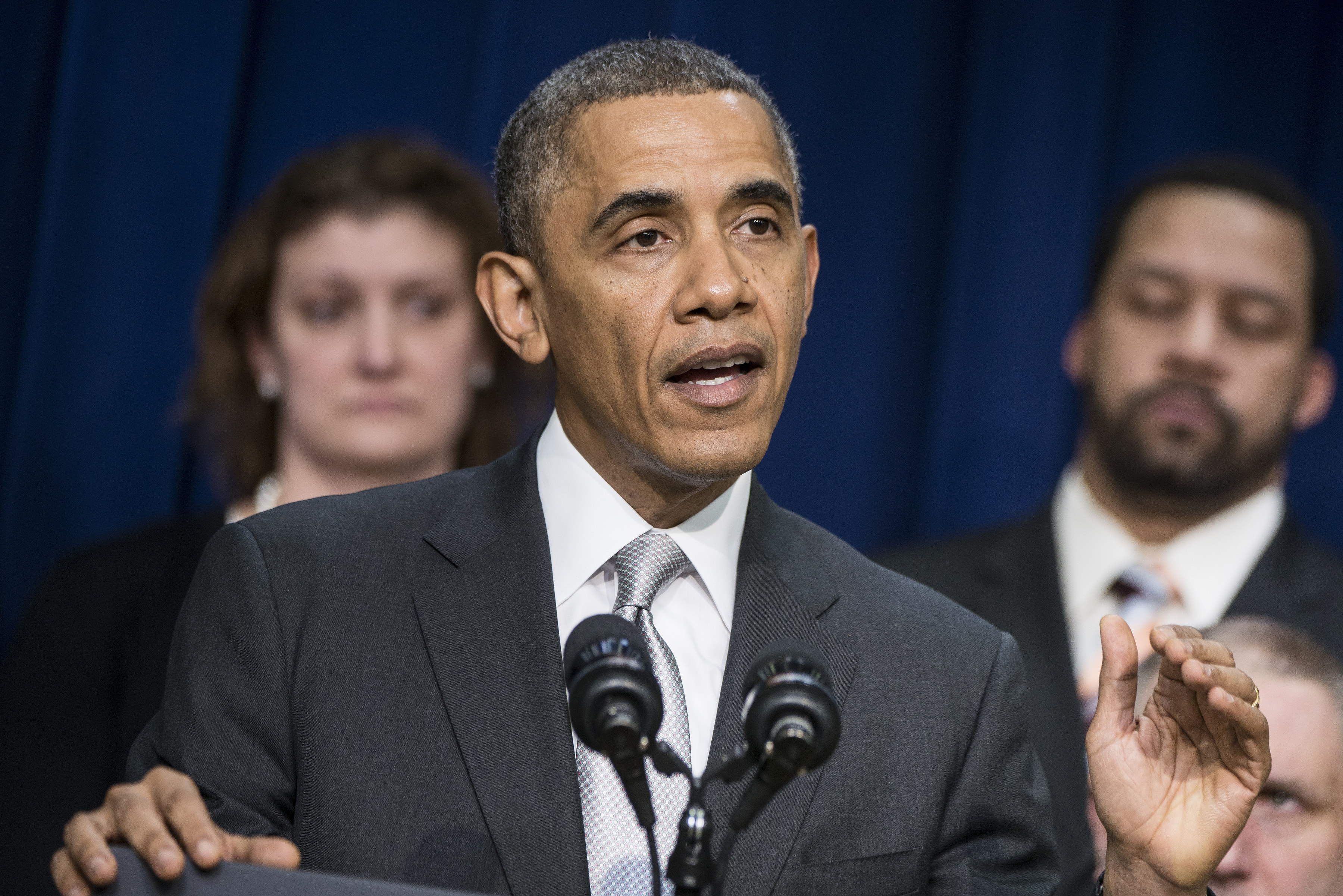 Standing beside Americans who support the Affordable Care Act or have already benefited from it, President Obama vowed Tuesday to "make it work for all Americans."

"If I've got to fight another three years to make sure this law works, that's what I'll do," Mr. Obama said from the South Court Auditorium at the White House. "There are millions more who stand to be helped, and we've got to make sure they know that. Our poor execution in the first couple months on the website clouded the fact that there are a whole bunch of people who stand to benefit -- we need to make sure folks refocus on what's at stake here."

The president's remarks come two months after the disastrous launch of HealthCare.gov, the website that serves as a portal to the new Obamacare marketplaces for 36 states. The remaining 14 states are running their own Obamacare websites. Now that the administration has managed to improve the "user experience" on the site -- though back-end technical problems persist -- Mr. Obama is reigniting efforts to sell his controversial health law to the public.

Mr. Obama on Tuesday shared several anecdotes of Americans who've benefited some of the many elements of the sweeping health care law, such as the rule allowing children up to 26 years old to stay on their parents' insurance plans, or the limit on out-of-pocket costs.

Those are the stories, Mr. Obama said, that were "lost a little bit over the last couple of months" while the administration dealt with the botched website. The president acknowledged that the focus "rightly" shifted to HealthCare.gov but said it's on its way to recovery. About a half a million people already are poised to get insurance through the new Obamacare marketplaces in spite of all the problems, he noted.

"This law is working and will work into the future," he said. "We're not going back."

The president reiterated his insistence that he's willing to hear good ideas on improving the law from anyone, but he said, "We're not repealing it as long as I'm president."

Republicans, meanwhile, continue to argue that the problems with Obamacare extend beyond HealthCare.gov's technical issues.

When asked by reporters whether the House would take up an Obamacare alternative next year, Boehner said, "We'll see."