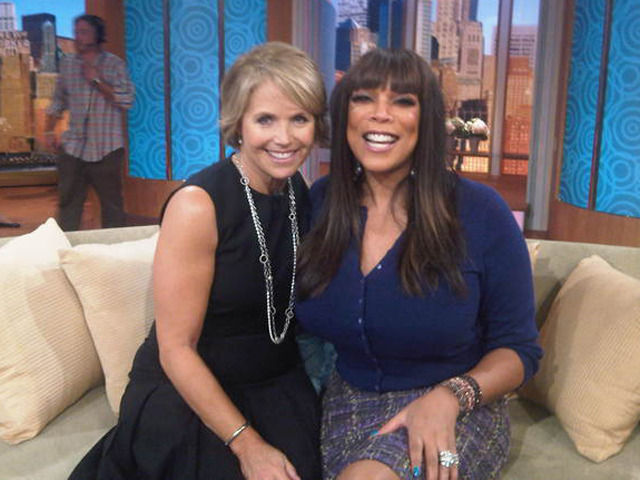 NEW YORK (CBS) With the help of Wendy Williams,  CBS Evening News Anchor Katie Couric has gained some street cred and maybe even some pointers on how to rock a diva status.

Couric stopped by "The Wendy Williams Show," to say "How you doin?" to Williams in a segment airing Monday, Nov. 22.

"I love Wendy Williams....especially her soft silky wig! Think she'll lend it to me?! Great visit to @WendyShow!"

Williams asked the news anchor about reports that she may return to "Today."

"People are always speculating about me,'" Couric said. "I don't know why - I guess when people are interested in you,  that's a good thing. But no, no,  that's not something that I'm doing - I love the 'Today' show, I miss all my friends from the show. I still see Matt (Lauer) a lot, and I saw Al (Roker), he was running in Central Park the other day and I said 'Hey Al,' and he said 'Hey' and I'm like 'Hey, it's Katie!' He thought I was a random fan!" she said.

Williams had some compliments of her own: "I like the way you dance, and there is this picture we've shown before on hot topics - of you dropping it like it's hot and dipping it low," Williams said.

"Well that was the night after my very first broadcast on the CBS News, we had a party and my daughters were there," Couric explained. "We were actually just cutting up and being really funny, and a friend of mine took all of these pictures and my daughter put them up on her Facebook page. And suddenly I start seeing these pictures everywhere - and some of them are even sketchier," she admitted.