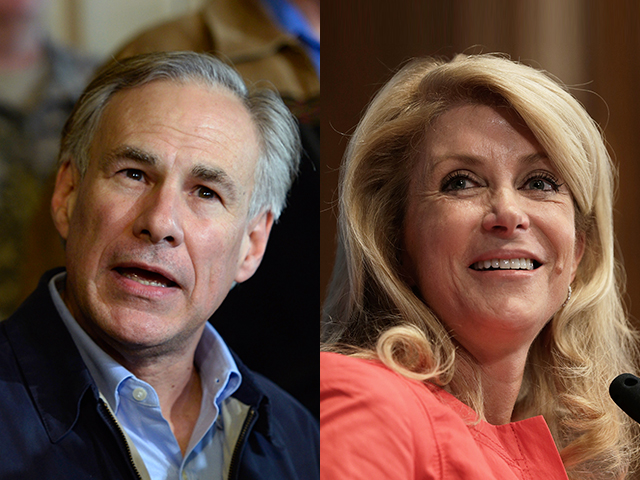 AUSTIN, Texas -- Fort Worth Democrat Wendy Davis raised more than $12 million over the past six months in her bid to become Texas governor, and Republican Greg Abbott collected $11.5 million over three months, the campaigns reported Tuesday.

Davis reported the fundraising totals for her Senate account, gubernatorial account and a political action committee formed with Battleground Texas that's dedicated to her election. Battleground Texas was formed to help Texas Democrats, who have not won a statewide election in 20 years.

"Wendy Davis has done more than just meet the credibility threshold, she has sprinted through it, showing broad support and momentum that must scare the tar out of Greg Abbott and his team of Austin insiders," said Matt Angle, a Davis adviser and director of The Lone Star Project, a Democratic PAC.

Both candidates released their fundraising numbers a day before the required deadline. The Davis campaign said it will report raising funds from 71,843 individual contributors in their official reports due to the Texas Ethics Commission on Wednesday. About 85 percent of the contributions were $50 or less.

Of the $12.5 million, $3.5 million went to the pro-Davis PAC, called Texas Victory Committee.

"This looks like more fuzzy math from the Davis campaign" said Abbott spokesman Matt Hirsch, in response to the fundraising report that showed her raising more money than Abbott.

The attorney general's news release counted money only given directly to his campaign and shows the tremendous advantage his team has with $27 million in cash on hand. Abbott's campaign manager Wayne Hamilton said over the last six months, 97 percent of the donors were from Texas.

Texas is second in the nation in population and size, and includes 20 media markets. The 2014 gubernatorial campaign is expected to cost each candidate about $40 million.

Abbott and Davis are the top candidates running to replace Gov. Rick Perry, who is retiring. Abbott has served as attorney general since 2002 and has long been considered Perry's heir apparent.

Davis gained national attention in June for her filibuster in the Texas Senate of a stringent abortion law. She forced a second special session, where the Republican-controlled Legislature passed the law. She has since become a celebrity among progressive Democrats.

Davis did not immediately release how much money her campaign has spent, how much it has left or how many donations came from outside Texas.

The party primaries are on March 4, but neither Davis nor Abbott face a challenger with a significant campaign organization.