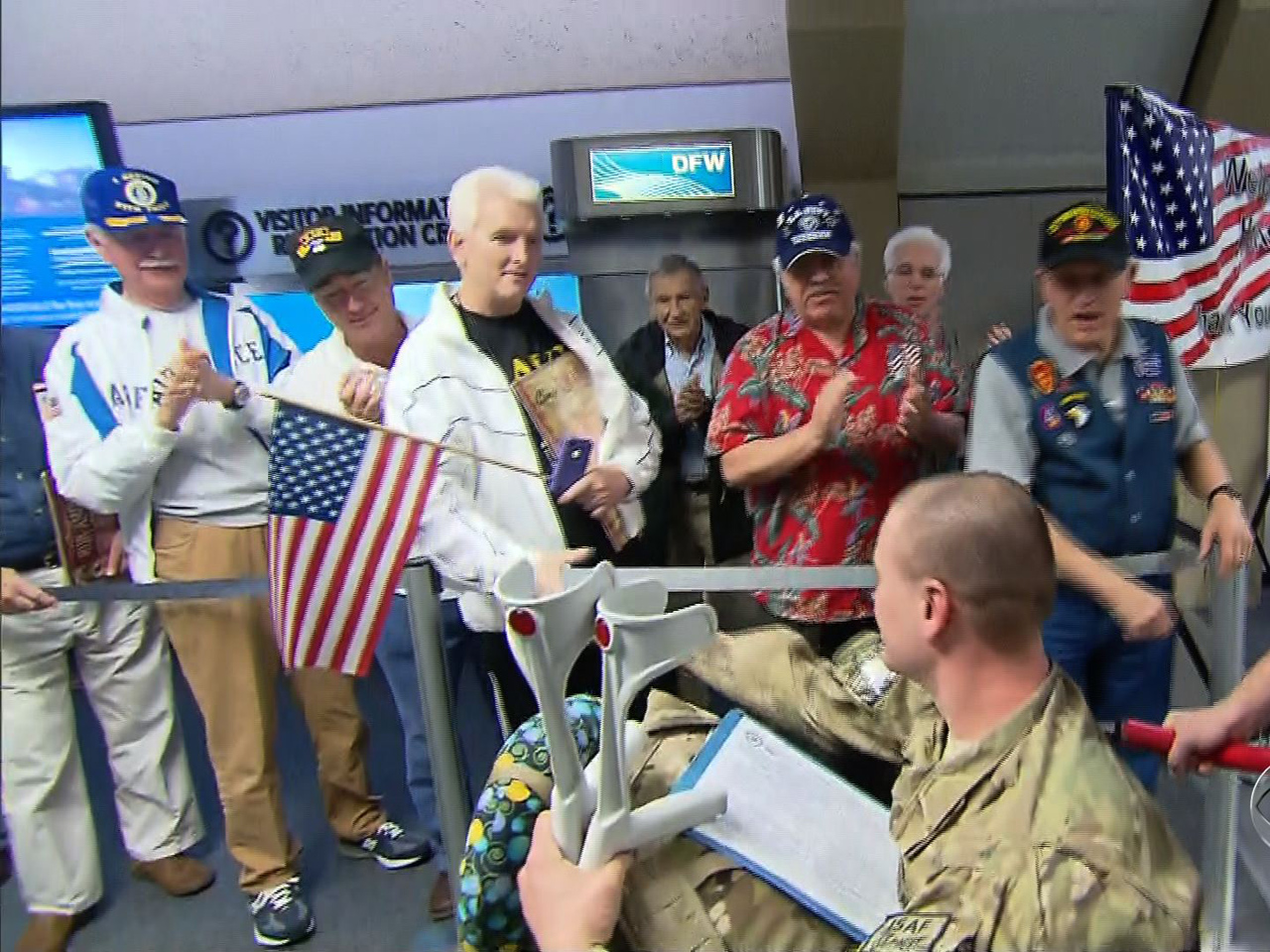 (CBS News) As President Obama condemned the massacre this week of civilians in Afghanistan, he also reminded us of "the enormous sacrifices" Americans in uniform have made in that country.

For soldiers who might have thought they'd been forgotten, CBS News correspondent Mark Strassmann tells us an all-volunteer force has been waiting to welcome them home with open arms.

As 100 soldiers returned to U.S. soil after seven months in Afghanistan and Iraq, 300 strangers greeted them all like family.

Mailman Randy Grizzle has done this for eight years.

"I cry every day over something," Grizzle said. "There's something out there that will just bring a tear to your eye, and you're part of it."

The volunteers of "Welcome Home a Hero" have greeted more than 900,000 vets passing through Dallas-Fort Worth international airport since 2004.

Grizzle was wounded twice serving in Vietnam. He still wears his Purple Heart on his chest.

"When we came home, there was nobody at the airport to do anything like that for us," Grizzle said, adding it was "disheartening, really."

Donna Cranston is the mother of an Iraq war veteran and helped organize "Welcome Home a Hero" .

"Never again will we allow our troops to come back and not feel appreciated. That's the bottom line," Cranston said.

Sgt. Eugene Gardner, back from Afghanistan, felt more than appreciated. This father of four was overwhelmed.

The homecoming in Dallas was the final one for these volunteers. With the war in Iraq over, the military is ending the rest and recuperation flights that brought troops through Dallas.

Randy Grizzle estimates he has greeted more than 250,000 vets. Every handshake has helped him heal.

"The soldiers, you'll tell them thank you and all that, and they'll turn around and when they're leaving and they'll look over their shoulder and say 'thank you.' and you know, that means a whole lot to me," Grizzle said.

"Thank you." Sometimes, it's all any of us have to say, or need to hear.