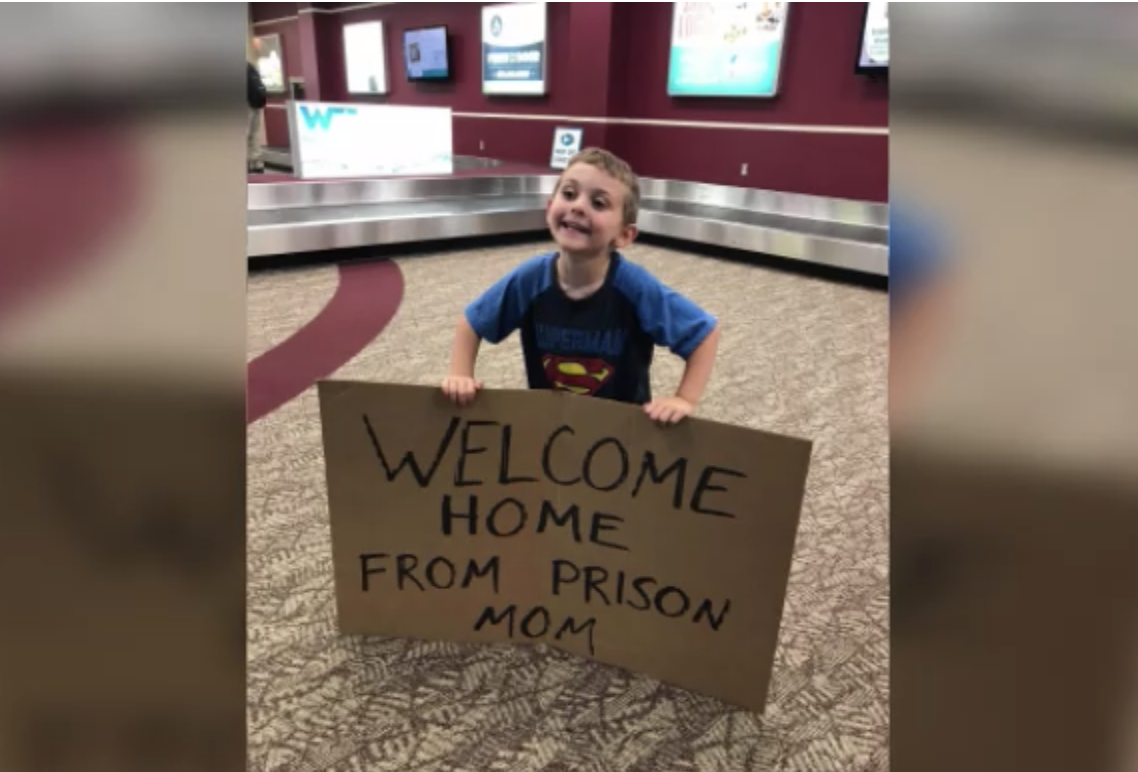 A photo of an Arkansas boy holding a "Welcome Home" sign for his mom has gone viral. It wasn't the "Welcome Home" sentiment of the sign that gained attention, it was the words that followed.

The boy in the now-viral photo is named Damien. He joined his dad, Brandon Nielsen, in picking up his mom from the Fort Smith Airport earlier this month. Before they left to pick up his wife, Brandon made a sign for Damien to hold using a piece of cardboard and a black marker. He decided to make a joke out of it and wrote "Welcome home from prison mom," and handed the sign Damien once inside the airport.

At just four years old, Damien didn't know what the sign said. But held it proudly as he waited for his mom to arrive. Barbara Nielsen was returning from a business trip, and when she saw the joke sign, she wasn't immediately amused. "I saw lots of laughter, except for me, whose rolling my eyes," Barbara told CBS Fort Smith, Arkansas affiliate KFSM. "Was not expecting that at all."

Her husband's sign was all in good fun and many people loved the joke when Barbara posted photos of it online. Her post was shared 130,000 times and has been liked close to 75,000 times, KFSM reported nearly two weeks ago. "We've had people from all over contacting us and telling us how funny it is," Barbara said. She's had to answer the question on many people's minds: Has she ever been to prison?

After the sign went viral, Barbara appreciated its deeper meaning: "People, have fun. Stop being so serious. Get some humor in your life," she said.