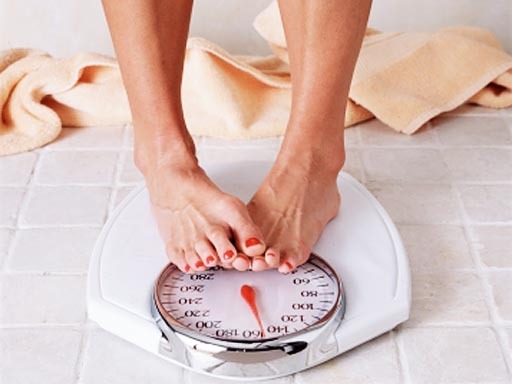 Dieters beware: Not stepping on the scale may be a roadblock to a successful weight loss program.

An observation study published Thursday in the journal PLOS ONE,found people who did regular self weigh-ins -- at least once a week -- were more likely to reach their weight loss goals than those who got on the scale less frequently.

The observational study involved 40 overweight individuals with significant weight loss goals. The researcher analyzed a total of 2,838 weight measurements from the group. All study participants had a body mass index of 25 and over.

On average, study participants could go up to 5.8 days without a weigh-in without hurting their diet efforts, but those who avoided their scale for longer put the pounds back on.

But this weighty information is only part of the picture. It turns out that the day of the week you choose to check your weight also matters.

A prior study by the same team of researchers found that a person's weight fluctuates throughout the week. For the most part, dieters lose more weight on weekdays compared with the weekend. So the number on the scale is likely to fall in your favor on Friday morning, while it could send you running for cover by the time Sunday evening rolls around after an indulgent weekend. For the most accurate weigh-in, experts recommend dieters hop on their scale Wednesday morning.

The authors do recognize there are some limitations to the study; truly dedicated dieters most likely weigh themselves more frequently than those who have modest weight loss goals.

However, even a serious take-no-prisoners-pass-the-salad dieter may be apprehensive about stepping on the scale for fear of not meeting unrealistic goals.

The researchers suggest stepping on the scale at least once per week, or more if you're seeking greater motivation and accuracy.