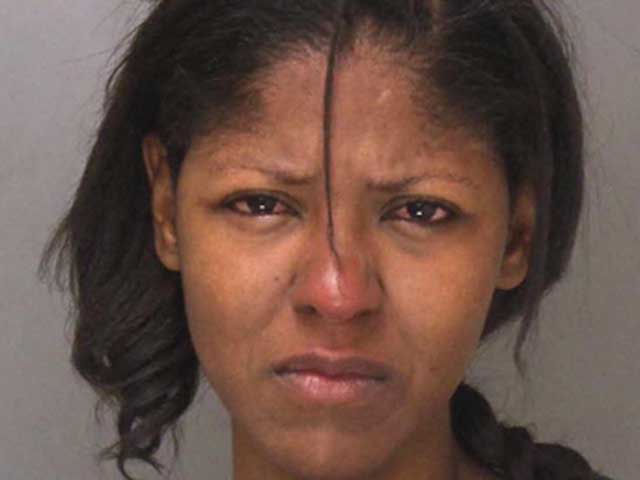 (CBS/AP) - Police have not yet released a motive in the case of a Pennsylvania bride who allegedly killed her husband in the chest just hours before they were set to marry.

Na Cola Franklin, 31, faces charges that she stabbed her fiance, Billy Brewster, in the chest during an argument inside their apartment early Saturday morning.

Franklin has a preliminary hearing on Friday, which would have been her fiance's 37th birthday. She has applied for a public defender but has not yet been assigned one.

Franklin and Brewster were supposed to be married at 10 a.m. Saturday. Instead, police were called to their second-floor apartment in Whitehall Township, outside Allentown, at 2:19 a.m., where they found the mortally-wounded groom. He was pronounced dead at a hospital.

A witness, Monique Kali, told authorities that Franklin and Brewster were about to head out to get some food when they began arguing, according to a police affidavit. Franklin began swinging a knife and stabbed Brewster twice in the left side of his chest, puncturing his heart, authorities said.

Kali told police she tackled the bride while Kali's husband, Nakia Kali -- Brewster's cousin -- knocked the weapon out of her hand. The groom then allegedly staggered out the front door to the second-floor landing, where he was found by police.

Monique and Nakia Kali had traveled to Pennsylvania from Illinois and were staying with the engaged couple. Four children were also inside the apartment at the time of the stabbing, and one of them removed the knife and took it to the kitchen, according to court documents.

Engel said the pastor who was supposed to marry the couple came looking for them at the apartment building that morning. Engel said distraught people in suits and dresses -- presumably wedding guests -- then began showing up throughout the day.

"There were a lot of people very upset. My wife and I were very upset," he said Monday.

At her video arraignment from jail, Franklin -- apparently unable to grasp that he was dead -- pleaded to the judge, "You got to check again!" according to The Morning Call newspaper in Allentown. Told that Brewster had been pronounced dead, Franklin sobbed and covered her face.

Franklin has not entered a plea. Friday's preliminary hearing will determine whether there is enough evidence to send the case to trial.