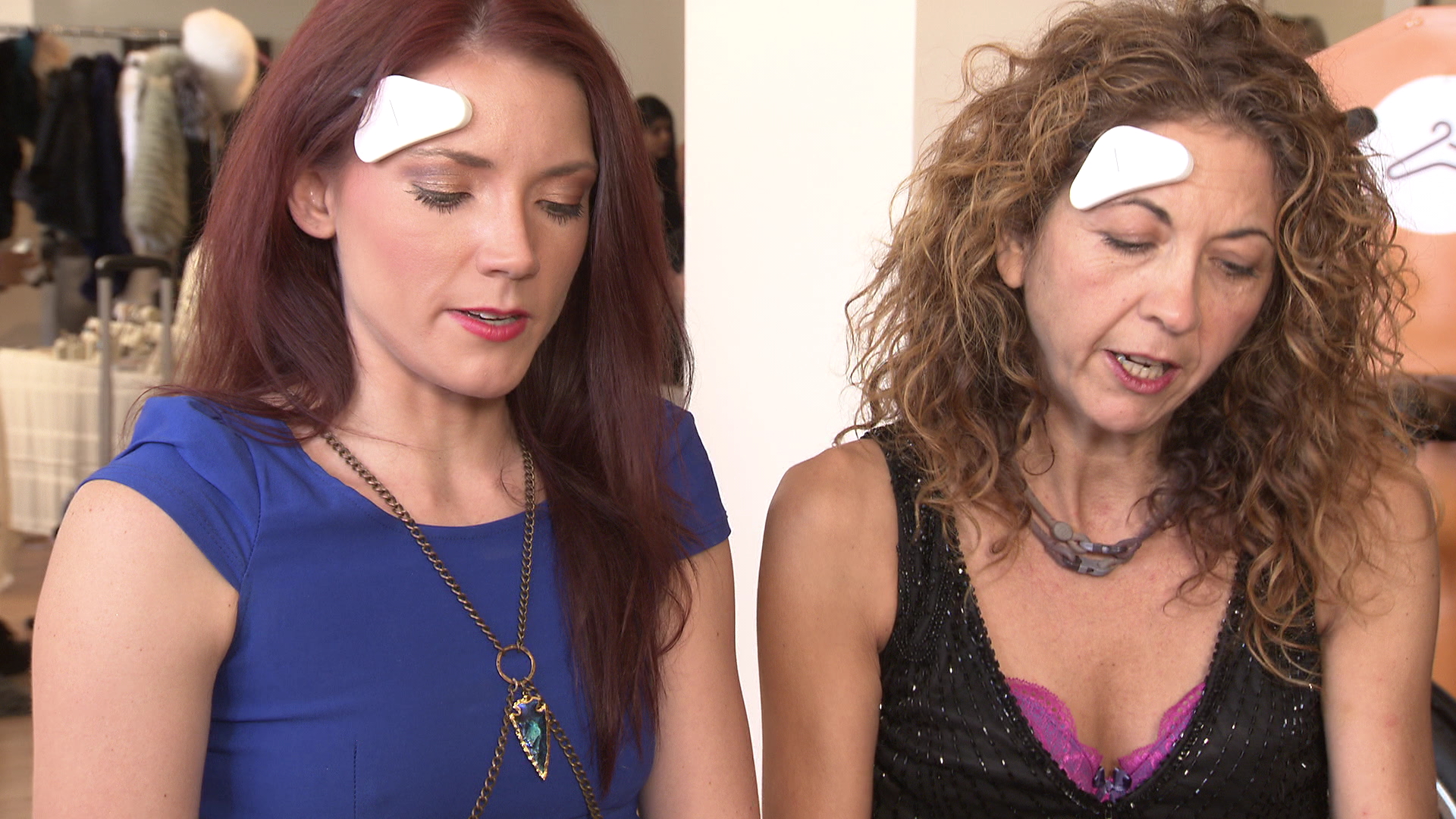 Wearables account for one of the fastest-growing tech industries, with this year's sales reaching nearly $5 billion.With wearable technology, users can track how many steps they take, or how many calories they eat.

But a new product on the wearable market doesn't try to change the number on the scale. Instead, it wants to change your mood, reports CBS News medical contributor Dr. Tara Narula.

If you turn to coffee for a jolt or a glass of wine to relax, a wearable tech company wants you to consider an alternative--electric currents. The new device is called "Thync," and it costs nearly $300.

"We have nerves on the head and neck that connect directly to our brains and those nerves normally give a lot of input about what's going on around us," said Thync CEO Isy Goldwater. So what we're doing is we're signaling those nerves electrically to just trigger your body to respond physiologically."

The device fits on the forehead and the back of the head and comes with two settings--energy or calm--that are controlled through a smartphone app. Because it is considered a wellness or lifestyle product rather than a medical device, it's not subject to FDA regulation.

Goldwater said the ideal person to use a Thync is somebody with an attitude "of conquering life" or on "somebody who wants to unwind during the day because life is stressful."

Thync delivers a low dose of electric current to the surface of the skin. They claim the electric pulses--or what Thync calls "vibes"--and change brain activity by stimulating sensitive cranial nerves on the face or on the back of the head.

"My heart rate is low, but I feel energized at the same time," said one user.

"I think that Thync's design is really different and futuristic," said another.

Users are advised to wear the product between 10 to 20 minutes a session, and for no more than 60 minutes a day. But the device also raises concerns that it could limit people by giving them a quick "tech fix," instead of enabling them to learn how to self-regulate their emotions.

"As you practice, then you become self-aware of what it feels like to be motivated and or centered, and how to handle stress in a better way," Goldwater said.

"Almost everything we do during the day has been manipulating our biology. What you drink, what you eat...these are all active choices we make to change our biology, to change our mood," said Bruno.

Bruno is also skeptical if the scientific testing by Thync proves the wearable changes the brain's physiology and chemistry.

"Is it really activating some neuro-modulatory part of your brain? They don't know that," Bruno said. "They need to do more research on that."

But Goldwater said the device is "not just a gimmick," and it really does help people to feel motivated and relaxed.

"This is about a journey where-- where there's another choice--now the question is...this choice of digital versus a chemical choice, how does that get weaved into life?" Goldwater said. "I imagine a future whether it's Thync, or anyone else where we are-- we are using programs to do things that we want."

Dr. Tara Narula gave the device a test herself, choosing the "calm" setting. While she acknowledged that the physiology made sense, she also said more research needs to be done on the science behind Thync. She highlighted possible concerns of long-term side effects, especially when used among children or adolescents whose brains are still developing.

"Speaking about her first time using the device, Dr. Narula said, "I certainly felt a sensation on the skin and a kind of fullness in the ear so something was going on, but I didn't feel that calm sensation for hours afterwards."