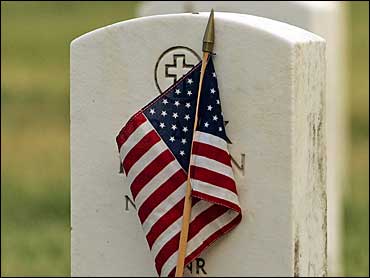 No we didn't know that decoration day started after America's Civil War and that women would go to the graves of union soldiers, and yes, decorate them.

Decoration day became Memorial Day some years back, and when it did we stopped remembering Memorial Day as the unofficial start of summer.

Those young men in the VFW parking lot have passed on, and a lot of people didn't want to remember Vietnam and today a lot of people don't want to think about Iraq. More than three thousand service people have died there since the war began, we shouldn't let this day go by without remembering them.
By Harry Smith