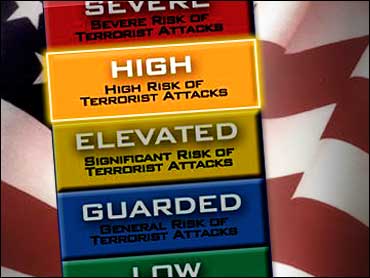 I think America in 2004 is about as far removed from fundamental danger as any nation in history has ever been. We may be scared, but we are, in fact, safe. Safe, at least, by any reasonable historic measure.

No other country on earth has military might even close to ours. Has such a global monopoly on armed power ever existed? Has any nation had less to fear from its neighbors and foreign armies?

Modern America does know real danger. The nuclear duel of the Cold War was real danger. America is safer than it was when the Soviet Union existed. The threat of nuclear proliferation, of a nuclear attack from a small state or terrorists, existed then, too. The country is probably better prepared to prevent that now.

We are safer from plague, pestilence, famine and weather than any of our ancestors ever were.

We have one of the most stable governments in human history. There is no risk of a dictator, a Gestapo or a civil war.

I'm quite certain that I've never been accused of being an optimist. But even I can't accept the dark, frightened dictate the president issued, ironically, from the Rose Garden.

America does have enemies - crazy, sadistic, tenacious, growing and wily enemies. America is an open and ethnically diverse society with vast borders, huge tourism and immigration.

So the country is of course vulnerable to terrorism. After 9/11, Americans feel that acutely and perhaps that is sad. But no one in government underestimates the country's vulnerability or the power of the unconventional enemy.

This does not, however, add up to a nation in danger. It adds up to something that sounds too callous for politicians to say out loud. America is vulnerable to the tragedy and trauma of a terrorists attacks. There is a much more remote danger of an act of terror with a nuclear device that could eclipse 9/11. But there is no danger of the equivalent of war on our soil, of mass loss of life, of a crippled economy, disrupted civilian life and destabilized government.

And America is not at war.

What happened in Afghanistan and Iraq was war. We should have stuck to that old-fashioned use of the word war. The battle now and ahead with the evildoers is not likely to be helped by calling it war any longer.

Perhaps it was necessary to use the rhetoric of war after 9/11 to marshal an adequate and swift response to the newly real threat. Perhaps. We've had wars on crime, a war on drugs and even a war on poverty. Why not a war on terror? There is no intrinsic reason why not.

But war, and even war rhetoric, can rationalize unwise and uncharacteristic choices at home – restricted civil liberties, plundered treasury, over-reaching bureaucracy, fear-mongering, and misplaced secrecy. Both the administration and the opposition party have bungled that balance; the glaring example of that is the dishonest case that was sold and bought for invading Iraq. Both sides have squandered credibility.

"War" is a word that ends arguments. So is "danger." The president has tried to sell a lot of policy by saying it was necessary because we are at war and in danger and so have the Democrats.

We don't need to declare ourselves "a nation in danger" or "a nation at war" to carefully reform the intelligence bureaucracy, to respond to discovered plots and threats, to catch terrorists or to get other nations to help our cause.

We don't need to be a nation of crybabies or a nation that cries wolf.