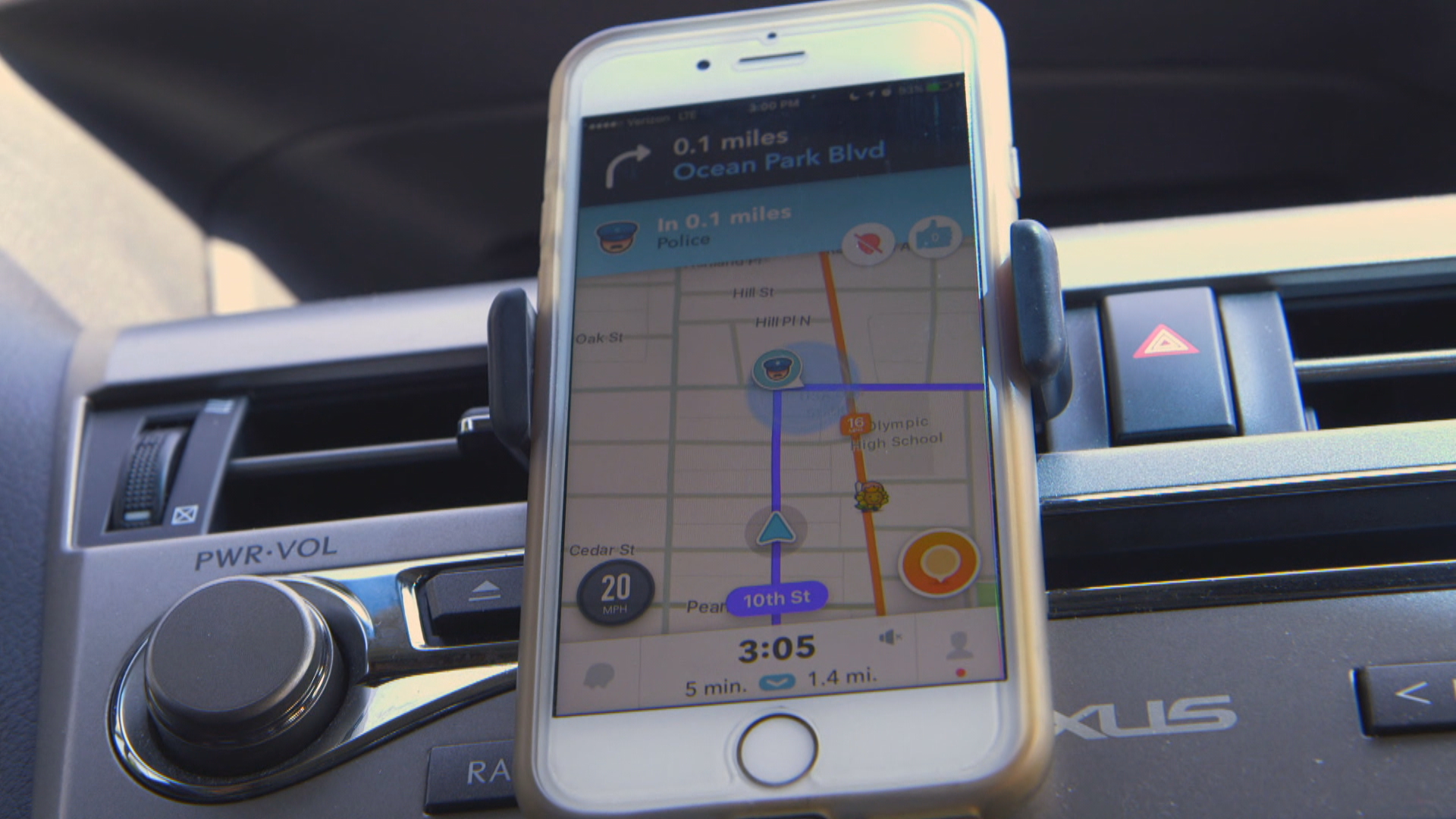 Waze, the smartphone traffic and navigation app used by more than 50 million drivers, may actually make some commutes a little longer starting Friday -- all in the name of safety. It's also considering a feature to warn drivers about routes that go through high-crime neighborhoods.

Users in Los Angeles (and soon in New Orleans) will get an alert that their Waze has changed how it maps their route to work.

The app will no longer direct drivers to cross over or turn through busy intersections that lack a stop sign or a light, reports CBS News correspondent Kris Van Cleave.

In what some Waze users call a "suicide straight," the app would sometimes direct drivers across multiple lanes of heavy traffic. Another concern for some is when Waze suggests a left turn through that same multi-lane traffic without a light.

But Waze's Amber Kirby says, not anymore. Starting first in Los Angeles, the app may sacrifice a little time for safety.

When CBS News drove with the new feature in Santa Monica, Waze had us turn left on a lightly-trafficked side street instead of across the much busier Lincoln Boulevard, sending us to a stop sign and a less stressful right turn.

"Do you guys have a sense for what this is going to do to people's commute?" Van Cleave asked. "How much longer is it going to make my drive to work?"

"If you are commuting 40 minutes to an hour, maybe it adds a couple minutes here and there," Kirby said.

"Do you worry that some people are going to say, 'But you're supposed to save me time. And now you're costing me two minutes?'" Van Cleave asked.

"They can then either opt to turn it off, or they can make the turn anyway. ... Waze will reroute you," Kirby explained.

That's one of several changes the Waze team is considering.

In Brazil, an elderly woman was murdered after she entered an incorrect address and was routed into a neighborhood known for gang violence.

The company is now working on what could be a controversial next step, a new feature in that country to alert drivers about routes through high-crime areas.

"How do you do that in a way that isn't labeling a community or a neighborhood a 'bad neighborhood'?" Van Cleave asked.

"Sometimes it's a choice of words. So, 'dangerous' is sort of a judgment, whereas 'high-crime' is factual," Mossler said.

Mossler said the feature would use crime data verified by a third party and could also be supported by data the app gathers from users, including reports of accidents, incidents and police presence.

But Waze's Mossler said the company takes a risk in not acting, "so we don't really have a choice."

"Of course there's a risk, if you don't handle it correctly, and that's why it's gotta be done with deep sensitivity, and I think we've done that so far," Mossler said.

That high-crime filter could be launched before the Brazil Olympics. Right now, there's no timeline for it to come to the U.S.

As for difficult intersections, this will be a default setting, so you'll have opt out if you don't want it. How much time it adds to a commute will depend on how long your commute is. Waze believes for most people, it will be less than a couple of minutes.

After Los Angeles and New Orleans, the feature could also be in Boston and Washington, D.C. by the end of the year.