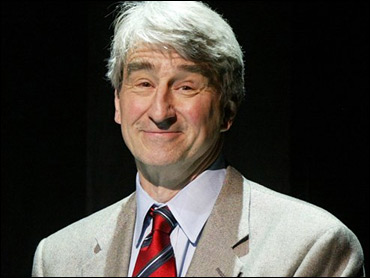 Sam Waterston may get a "Law & Order" promotion.

The actor is negotiating to step in as the show's New York district attorney, replacing co-star Fred Thompson, a source close to the production said Monday. Thompson, a former U.S. senator, is weighing a presidential run and asked to be released from the NBC drama.

The source was not authorized to comment publicly and spoke on condition of anonymity.

Waterston, who's been with "Law & Order" for 13 years, plays Executive Assistant District Attorney Jack McCoy. His character would take over from District Attorney Arthur Branch (Thompson) when the show returns in midseason, the source said.

The story line and McCoy's replacement have yet to be determined.

Cast changes are part of the "Law & Order" history, with a variety of actors playing prosecutors and police detectives. NBC had announced that Jeremy Sisto ("Six Feet Under") was joining the drama as a detective when the show begins its 18th year.

There's also a larger shake-up in the "Law & Order" family, with next season's "Law & Order: Criminal Intent" to be seen first on the USA cable channel before it airs on NBC. "Law & Order: Special Victims Unit" will remain on NBC with the original series.