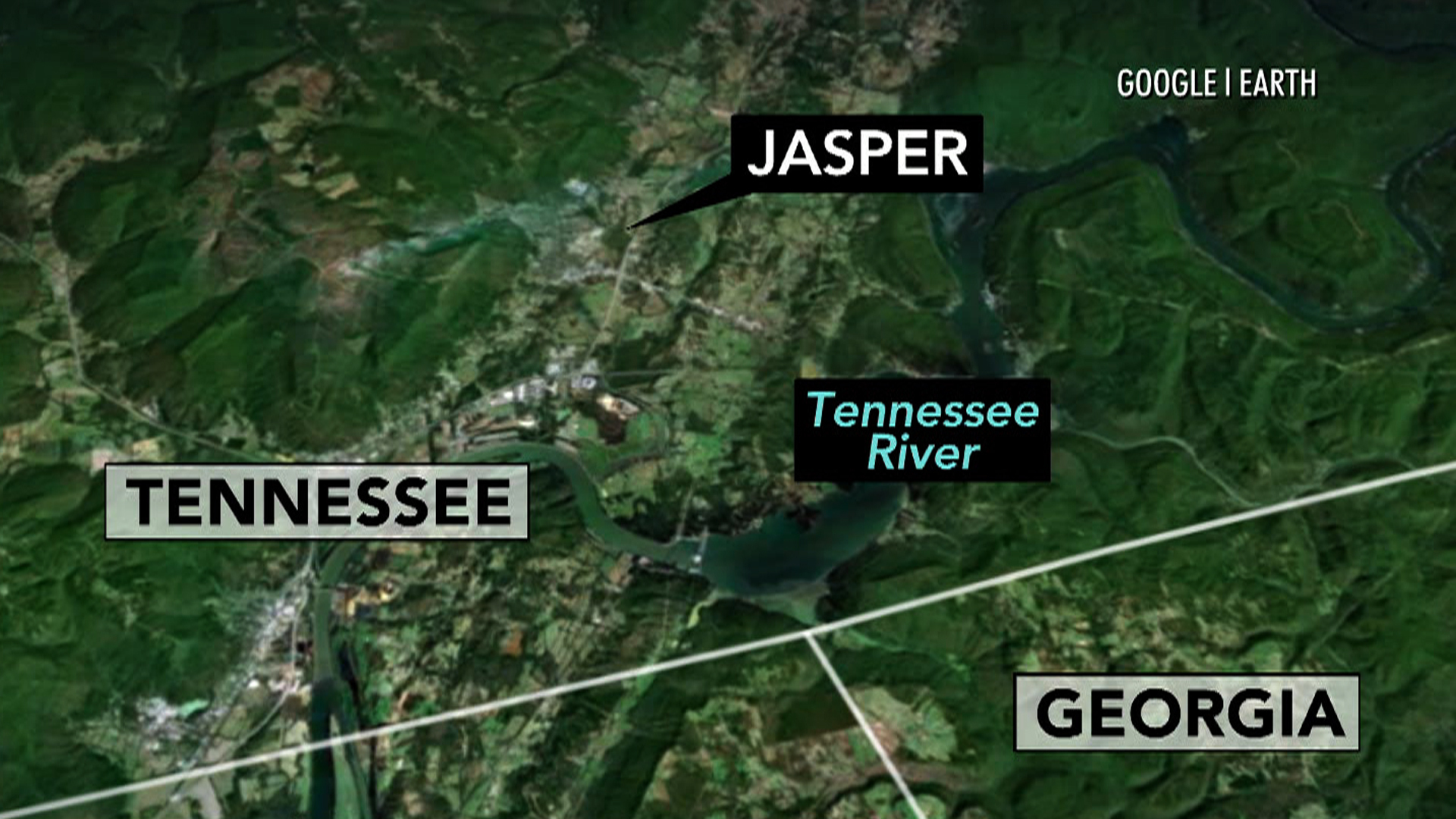 (CBS News) A battle is being waged over a historical blunder made nearly two centuries ago.

A lake along the border of Tennessee and Georgia is fed by the Tennessee River. It's owned by Tennessee, but Georgia wants a piece of it. And Georgia lawmakers have authorized the state's attorney general to sue Tennessee for access to the river's drinking water. It's the latest salvo in the water wars between the states.

Rumley said Georgia doesn't want all of the Tennessee River -- "just a portion of it." "We just want a piece of it," he said.

In 1818, a surveying mistake put the official Georgia-Tennessee border in the wrong place, about 1 mile south of the 35th parallel. Georgia, backed by modern technology, maintains its actual territory extends now about 60 square miles into Tennessee. But all Georgia really wants is for its border to reach one quarter-mile into the Tennessee River.

State Rep. Jason Powell said, "As far as I'm concerned, Georgia can keep its greedy hands and its thirsty mouths away from our water."

The southern tip of Littlefield's city falls within the disputed area. Asked if there's any question the border was mis-marked, Littlefield said, "No, we all pretty much agree with that, that it was misplaced, but it was 200 years ago."

Welcome to the southern water wars. Georgia, Alabama and Florida's fight for the drinking water in Lake Lanier, north of Atlanta, got more intense during the 2007 drought. So severe that then-Georgia Gov. Sonny Purdue led a prayer for rain on the state capitol steps.

In 2008, Chattanooga officials -- in fun -- trucked bottled Tennessee water to Georgia's thirsty legislature. The truck's crew, including a Davy Crockett lookalike, were arrested, also in jest.

Littlefield said, "If we didn't send them water, they'd come for our whiskey, and, of course, this is Jack Daniels country, and that's a serious matter."

Georgia wants to pull one billion gallons of drinking water a day from the Tennessee River, less, its officials claim, than the one-and-a-half billion gallons that four major Georgia tributaries feed to that river every day. There's also a threat of other options. Rumley said, "We could damn up all these streams before they even got to Tennessee, then could build a reservoir and pump it back."

Tennessee officials complain that Georgia, metro-Atlanta especially, needs to discipline its water consumption, and regain control of explosive development. This water war has no peace offer in sight.

Littlefield said, "If we could get the two legislatures to fight it with water balloons, that would be a good idea."

Settling this dispute won't be easy. The Tennessee Valley Authority, which controls the river's waters, also has to weigh in. And border disputes between states typically have been heard by the U.S. Supreme Court, which is where all of this may be heading.