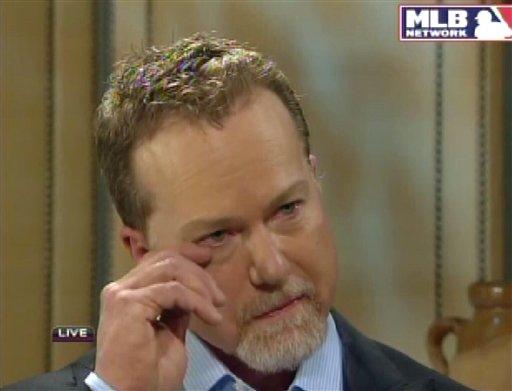 I mean, I could offer an opinion on how Bryant looked as he walked into the courthouse bathroom early this morning (calm) or how his alleged victim looked as she first entered the courtroom (I couldn't tell, some guy was blocking my view). But such impressions hardly ought to give you much confidence in what this hearing really means in the context of this case. We'll get the answer to that question when the trial judge makes his ruling about whether certain sexual conduct on the part of Bryant's accuser will be introduced at trial.

So this column is instead about what it is like to wait for a whole day in front of a courthouse while important things occur inside a sealed courtroom. If lawyering is all about being inside "the room," and if journalism is all about trying to get into "the room," being in Eagle, Colorado Wednesday was all about standing outside the room.

The name of this column is "CourtWatch" and never has that title rung more true than today. Literally, I watched a court today; watched a courthouse and a courtroom and a hallway; watched a few hundred reporters, producers and crews loitering around an otherwise fine patch of ground in this beautiful valley in the heart of the Rocky Mountains.

I heard no judge or lawyer speak. I read no legal brief. I saw Bryant and his alleged victim come and go in silence. He looks the same as he always does when his small motorcade pulls up in front of the courthouse. His suit was sharp. He walks with grace.

She, meanwhile, is taller than I thought she might be. And she looks differently than I thought she would. Her hair seems more red than blonde. And it is hard to reconcile her composed figure in the hallway with those raucous photographs of her that now are circulating through the tabloids. Does that help you forecast whether Bryant will be acquitted or not at trial? I didn't think so.

Yet so complete was the security and separation between the parties and the press that even if any of these stunners happened inside Courtroom One at the Eagle County Justice Center we probably wouldn't have known about it until later.

Which left people like me wandering the hallway outside the courtroom, or wandering back and forth between the courthouse and the media encampment along the way.

Because no information was actually coming from the judge, lawyers or witnesses, many of the journalists at Camp Kobe were relegated to interviewing each other. I was asked a half-dozen times why this hearing is so important to the case ('cause it is) and whether it meant the end of Colorado's rape shield statute (no, it does not).

A handful of people asked me if I thought the hearing might mean an outright end to the case if the alleged victim did poorly on the witness stand. One guy, sitting in a car with his dog, asked me, mid-morning, "When is Kobe coming?" Bryant had arrived two hours earlier.

The victims' advocates were there and in the morning someone handed me a statement from a young woman named "Jordan." Jordan "wanted to come and speak out today when I started thinking about hard it must be for the victim in this case to sit before a judge, lawyers, strangers, and the man she has accused of raping her and answer questions about every little detail of her personal sexual history... It is important that girls my age have confidence that the system and our laws will protect us if we are victims of a crime. It is important because if we stop reporting rape, the rapists are left out there to do it again to another strong, smart girl."

The prosecution spinmeisters were there as well as the defense bar boosters. So were the good citizens of Eagle, although the locals didn't seem nearly as interested in this hearing as they have seemed to be in the past. For example, no one shouted out this time to Bryant when he emerged from his SUV.

I saw only two young women who seemed to be interested in what the television correspondents were saying during their stand-ups. Last time I was here, everyone who walked down the street between the courthouse and the media lot seemed to have an opinion about the proceedings. On Wednesday, only one guy stopped long enough to shout: "What's this, the Jerry Springer show?"

Even the police seemed more relaxed than they have been in the past. Familiarity will do that. One cop told me, with a laugh, about how relieved he was to learn that Michael Jackson - yes, THAT Michael Jackson - had been briefly stopped in the next county after a visit to a Wal-Mart. "That's all we need here in Eagle," he said, meaning another high-profile case involving a California celebrity.