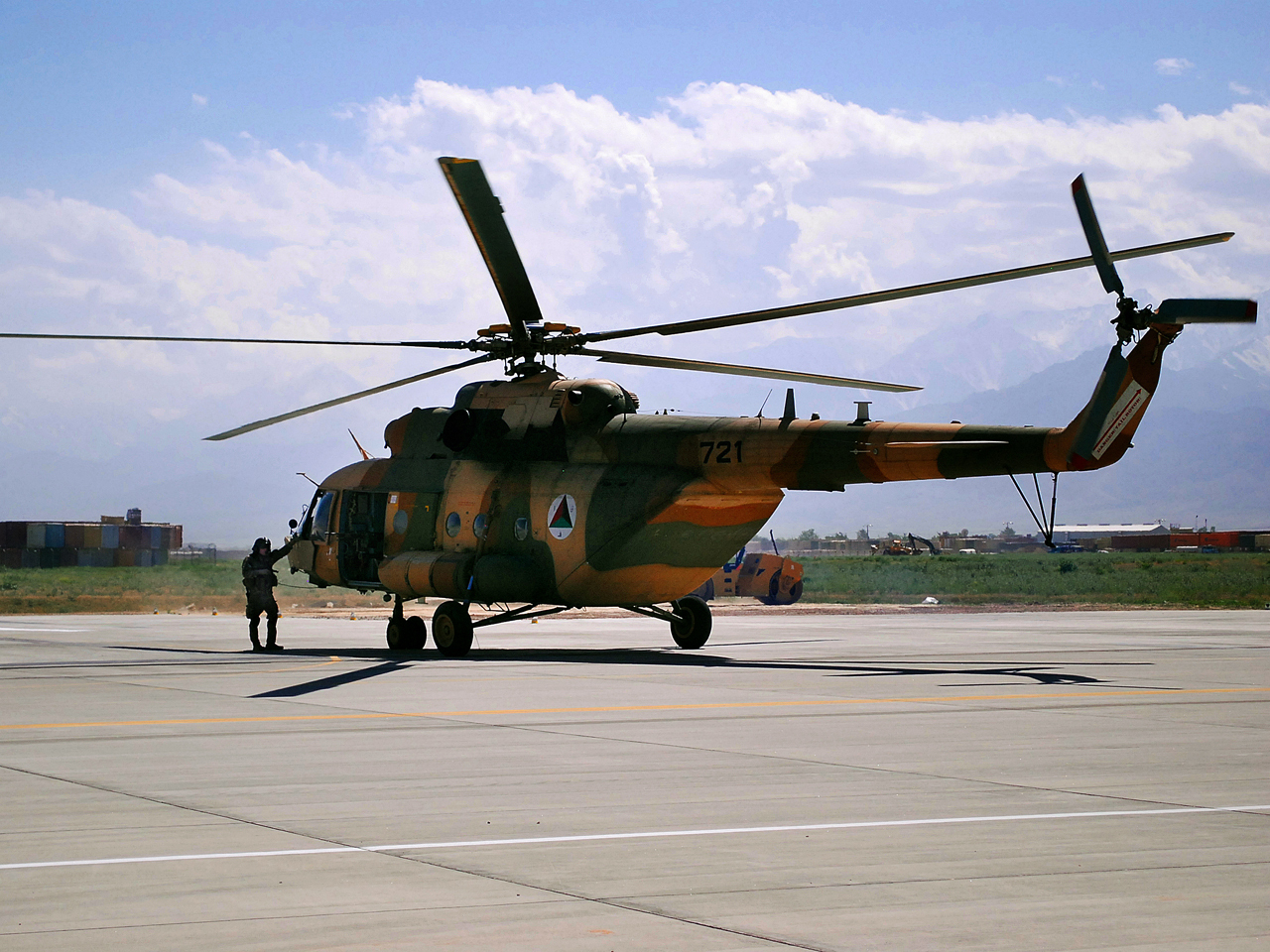 WASHINGTON The Pentagon is spending more than three-quarters of a billion dollars to buy Russian-made helicopters and other aircraft for an Afghan aviation unit that lacks the troops and expertise to operate and maintain the equipment, a government watchdog warned.

The Special Inspector General for Afghanistan Reconstruction said in a report Friday these shortcomings mean the helicopters and fixed-wing aircraft destined for the Afghan Special Mission Wing "could be left sitting on runways in Afghanistan, rather than supporting critical missions, resulting in waste of U.S. funds." The report recommended putting the purchases on hold until the Afghans develop the capacity to support the aircraft.

The findings are sure to reverberate on Capitol Hill, where there is stiff opposition to the purchase of the Mi-17 helicopters from Rosoboronexport, the state-run Russian arms exporter that is a top weapons supplier to Syrian President Bashar al-Assad.

The Pentagon announced June 17 that Rosoboronexport had been awarded a $554 million contract for 30 Mi-17s to be used by the Special Mission Wing, a move that came just days after the House approved a 2014 defense policy bill that included a prohibition on contracts with the Russian agency. The Senate Armed Services Committee included a similar ban in its version of the bill.

The defense policy bill for 2013 also barred the Pentagon from using funds from that fiscal year for contracts with Rosoboronexport. But the Pentagon said money from the 2012 fiscal year was being used for the Mi-17 acquisition, so the restriction does not apply.

A Defense Department spokesman said there was an "urgent, near-term need" to buy the wing the Mi-17s, a multi-mission aircraft designed to operate at high altitudes and uniquely suited for the wing.

"Careful consideration of all the information available to the department confirms that it would be in the public interest to procure the Mi-17s needed for the (wing) from Rosoboronexport," Army Lt. Col. Jim Gregory said in a statement.

In addition to the Mi-17s, the Pentagon is spending $218 million on 18 PC-12 cargo aircraft from the Sierra Nevada Corp. of Sparks, Nev., to allow the Special Mission Wing to perform counterterrorism and counternarcotics missions, the report said.

The special inspector general is recommending the purchase be suspended until the wing's staffing, recruiting and training problems are resolved. Chief among them is finalizing a memorandum of understanding between the Afghan interior and defense ministries that would give the military control of the wing. But the document remains unsigned due largely to the interior ministry's "resistance to surrendering authority" over the wing, according to the report.

Michael Dumont, the deputy assistant defense secretary for Afghanistan, Pakistan and Central Asia, said in comments included in the report that delaying the purchase of the aircraft until the agreement was signed "would unacceptably delay our efforts to develop the (wing) into a capable force."

Filling out the wing's ranks won't be easy, the report said, due to challenges of finding Afghan recruits who are literate in their own language, competent in English and can pass the strict, 18- to 20-month U.S. vetting process that includes eliminating candidates who have ties to criminal or insurgent activities.

The flow of Afghan trainees from helicopter flight training at Fort Rucker, Ala., to more intense training in the Czech Republic "has been slow and uneven, ranging from a low of two up to eight trainees at a time," according to the special inspector general.

The report blamed a lack of steady funding for the training from the Defense Department, failed background checks for prospective pilots and flight engineers, and the Czech government's requirement that each Afghan trainee have a certificate signed by Afghan authorities.

Compensation, especially for mechanics, is another barrier to recruitment because Afghans with a basic command of English are in high demand and can get higher pay elsewhere, the report said.

Another key shortcoming is the dearth of pilots capable of flying at night, when most counterterrorism missions are conducted. As of late January, only seven of the 47 pilots assigned to the wing were fully mission qualified to fly with night vision goggles, the report said.