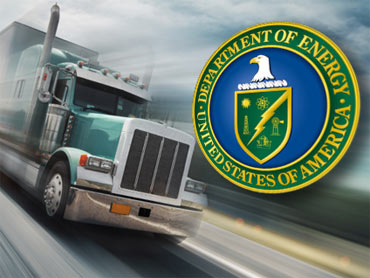 U.S. government agents hired to drive nuclear weapons and components in trucks sometimes got drunk while on convoy missions, including an incident last year when two agents were detained by police at a local bar during one, according to a report Monday by the U.S. Energy Department's watchdog.

The department's assistant inspector general, Sandra D. Bruce, said her office reviewed 16 alcohol-related incidents involving agents, candidate-agents and others from the government's Office of Secure Transportation between 2007 through 2009. There are nearly 600 federal agents who ship nuclear weapons, weapon components and special nuclear material across the U.S.

The report said that two incidents in particular raised red flags because they happened during "secure transportation missions" while agents checked into local hotels during extended missions. In these cases, the vehicles were placed in "safe harbor," meaning they were moved to safe and secure locations.

One of those occurred in 2007, when an agent was arrested for public intoxication; the other happened last year, when police handcuffed and temporarily detained two agents after an incident at a local bar.

"Alcohol incidents such as these, as infrequent as they may be, indicate a potential vulnerability in OST's critical national security mission," the report warns.

The Energy Department's National Nuclear Security Administration, which oversees the agents, stressed that the report found no evidence of them driving drunk while on duty, or of a systemic problem.

"Of hundreds of agents," he added, "the report identifies just two cases involving NNSA personnel being intoxicated while on overnight stops during official missions." LaVera said that the agency takes the cases seriously, and is working to evaluate the report and make additional improvements.

Current guidelines call for alcohol testing at least once a year and when there is reasonable suspicion of alcohol use; a ban on consuming alcohol within 10 hours before scheduled work; and sending home agents who have an alcohol concentration of 0.02 or more.

"When alcohol-related incidents have occurred, OST officials told us that they have taken immediate action to include removal of agents from mission status," the report states.

The report recommends that officials consider actions such as a "zero tolerance" policy for alcohol incidents.

Edolphus Towns, chairman of the House Oversight and Government Reform Committee, is seeking more information on the report and will be monitoring implementation of the recommendations, a committee spokeswoman said.

"As the report suggests, a potential vulnerability in the secure transportation of nuclear materials is entirely unacceptable," said Towns, a Democrat.