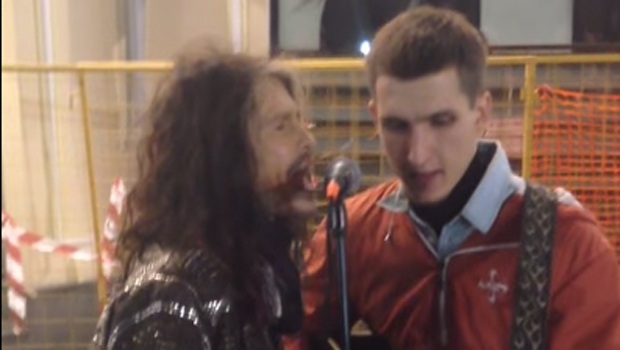 Steven Tyler rocked out with a random street performer in Moscow recently, and the impromptu performance was captured on video.

The Aerosmith frontman surprised fans Friday when he joined a busker playing an acoustic rendition of the band's 1998 hit "I Don't Want to Miss a Thing."

Tyler, 67, seemed to enjoy the moment, giving the guitar player a high-five at the end of the song, while a small, lucky crowd looked on.

Written by Diane Warren, "I Don't Wan't to Miss a Thing" was featured in the film "Armageddon." It debuted at No. 1 on the Billboard Hot 100 chart.

The members of Aerosmith have been documenting their recent visit to Moscow on Facebook, with pictures from the trip. They played to an estimated 100,000 fans last week in the Russian capital.