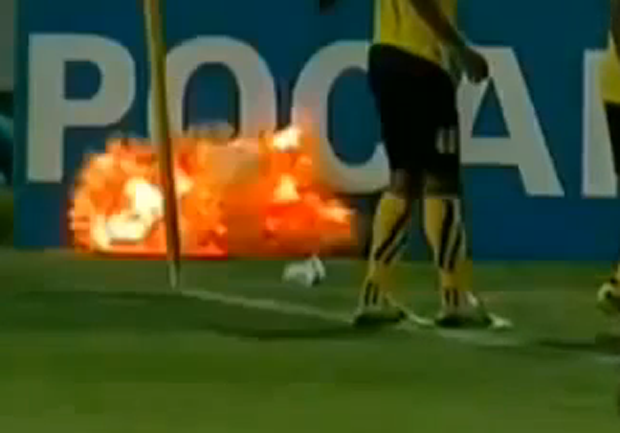 (CBS News) We've seen deranged soccer fans attack players on the field and even threaten them at gunpoint after practice. But throwing hand grenades onto the pitch?

According to the Washington Post, that's Sepahan midfielder Adel Kolahkaj who picks up the small device (Watch video above). He casually tosses it off the field - presumably because he doesn't realize it's a live explosive - and it detonates moments after leaving his hand.

For those keeping score at home, the grenade was the only fireworks in the match. After the explosion briefly stopped the game, the two teams played to a scoreless draw.