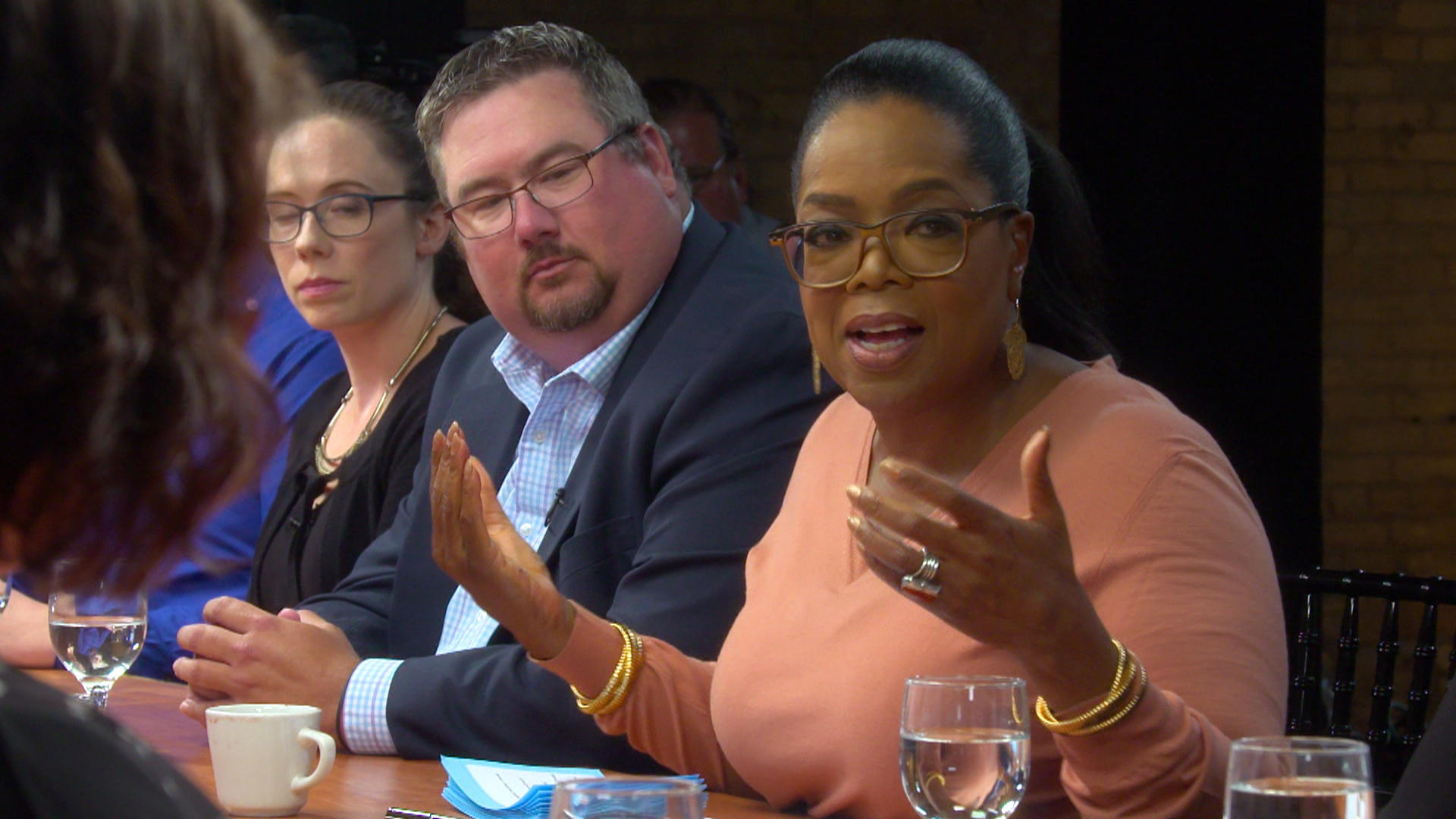 Oprah Winfrey made her debut on 60 Minutes in September when the broadcast aired this roundtable discussion with a diverse group of Americans. Winfrey traveled to Grand Rapids, Michigan for the story, asking people from both sides of the political divide to lay it all on the table.

In the six years since Oprah Winfrey's syndicated talk show went off the air, "the thing I missed most is the connection to the audience, " Winfrey tells 60 Minutes Overtime.

In October, Winfrey reported from Pelican Bay State Prison, the most notorious state penitentiary in America, for a story about a nationwide reform movement to reduce the use of solitary confinement.

4. Why Oprah pitched a 60 Minutes story on prisons (Overtime)

Winfrey says she's no bleeding heart for prisoners, but here's why she thinks the use of solitary confinement deserves scrutiny.

5. What 60 Minutes means to Oprah (Overtime)

"60 Minutes was, I would say for the first 20 years of my career, like a religion," Winfrey tells 60 Minutes Overtime in an interview about her decision to join the broadcast as a special contributor.

Correspondent Mike Wallace paid a visit to Oprah Winfrey in Chicago just before her show was nationally syndicated. Here's the piece 60 Minutes aired in 1986.