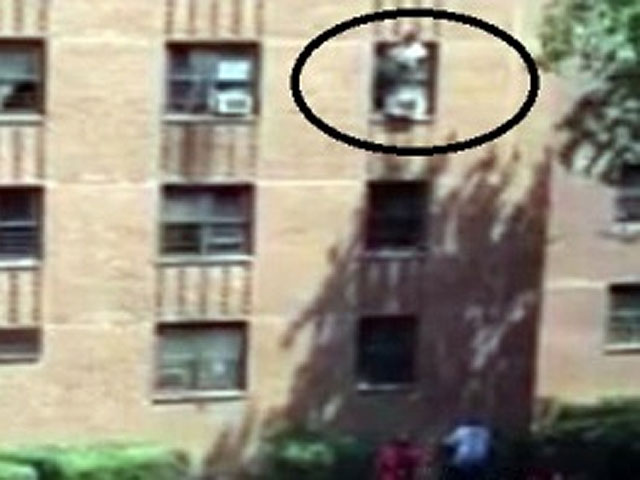 (CBS) NEW YORK - A quick-thinking New York City bus driver is being praised as a hero after catching a 7-year-old girl who fell out of a third-floor window in Brooklyn.

Saleema McCree told WCBS-TV that her daughter Keyla is autistic and was supposed to be asleep in her bedroom at the time of the incident. But she apparently slipped out of the window and climbed onto the family's newly-installed air conditioner. Witnesses at the scene said she started dancing on top of the unit before falling.

The episode was caught on video.

"I heard somebody banging on the door, stating that my daughter was outside on the air conditioner, but I had no idea what was going on because I had my son," McCree said.

"Basically she was dancing and I just - I was just praying that I would get there and that if she [fell] that I would catch her," he told WCBS.

"She was shocked, because she moaned a little bit," St. Bernard later told 1010 WINS.

The girl was transported to Coney Island Hospital, but suffered no major injuries. St. Bernard suffered a torn tendon in his hand.

"He has a heart, a very good heart -- kids, adults, anybody -- he would do anything for anybody," neighbor Jessica Aleman said of St. Bernard.

Police spoke with the girl's parents but determined that no charges would be filed in the incident.